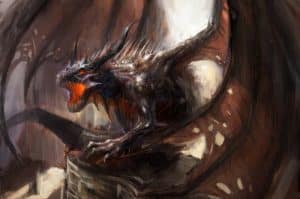 Lawyerless criminal defendants arise from reasons ranging from inaction by the defendant to not qualifying for a court appointed/ public defender lawyer either by not being poor enough (but too poor to hire a lawyer) or by incarceration not being a risk for their case.

As a Fairfax criminal lawyer, I know that judges need to avoid intentionally and unintentionally contributing to encouraging any criminal defendant to proceed without a lawyer. Ways in which a judges’ words might lead a criminal defendant to forego a lawyer can include glossing over the severe adverse direct and collateral consequences that can result from proceeding with a so-called first-time 251 drug possession disposition, or with a suspended imposition of sentence proceeding in a misdemeanor theft case, whereby plenty of people, organizations and the immigration law might view the disposition as akin to a conviction.

Yes, self represented/pro se criminal defendants are fishes out of water playing against experienced prosecutors and police, and going before plenty of judges who will become impatient if not downright irritated by their ignorance about the governing law, court procedure and courthouse custom.  Other than the financial challenges many criminal defendants face in securing a qualified criminal defense lawyer, no criminal defendant should go to court without a lawyer (except that often a lawyer is not needed as early as the arraignment date.)

I do not agree with the idea that a person who commits a crime will simply need to live with all consequences of their actions, including difficulties affording a lawyer. All criminal defendants are presumed innocent, numerous did not commit the actions for which they are accused, and many have engaged in behavior that should not be criminalized in the first place (for instance marijuana, prostitution, and gambling) or is overcriminalized (for instance draconian presumptions of no bond for a slew of criminal charges, and wrongheaded one-size fits all mandatory minimum sentencing laws for such convictions as DUI at or over a 0.15 blood alcohol level (which carries a mandatory minimum of five days in jail).

This is part two of a multi-part article. Part one is here. Stay tuned for the next installment.

Fairfax, Virginia, criminal lawyer Jonathan L. Katz’s  law practice is almost entirely devoted to those charged with felony, misdemeanor and DUI/DWI offenses. To discuss your case with Jon, please call his staff at 703-383-1100 to schedule a confidential consultation.