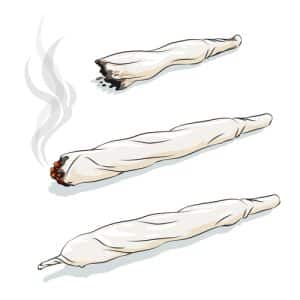 Marijuana field testing is junk science. As a Virginia criminal lawyer, I say so, because even a drug chemist’s testimony is subject to reasonable inquiry and sometimes attack, even when the chemist is completely legitimate with his or her credentials and honesty.

At least some of drug chemists’ “methodology requires the exercise of judgment and presents a risk of error that might be explored on cross-examination. See 2 P. Giannelli & E. Imwinkelried, Scientific Evidence §23.03[c], pp. 532—533, ch. 23A, p. 607 (4th ed. 2007) (identifying four ‘critical errors’ that analysts may commit in interpreting the results of the commonly used gas chromatography/mass spectrometry analysis); Shellow, The Application of Daubert to the Identification of Drugs, 2 Shepard’s Expert& Scientific Evidence Quarterly 593, 600 (1995) (noting that while spectrometers may be equipped with computerized matching systems, ‘forensic analysts in crime laboratories typically do not utilize this feature of the instrument, but rely exclusively on their subjective judgment’).”  Melendez-Diaz v. Massachusetts, 557 U.S. 305, 320 (2009).

For an example of possible points to put in such a letter, here is the email I sent my Virginia state senator and delegate and senator:

“Virginia law does not provide for allowing police field testing to prove at trial that any other alleged drug other than marijuana is an unlawful drug. No sound scientific reason exists for shortchanging, in marijuana prosecutions, the rigor we usually expect from a drug chemist to prove that an alleged substance is an illegal drug, particularly when a drug defendant’s liberty is on the line.

“Drug analysis is fraught with risk of errors when a chemist is not correctly proceeding with the steps of gas chromatography analysis, mass spectrometry analysis, and visual analysis. See Shellow, The Application of Daubert to the Identification of Drugs, 2 Shepard’s Expert & Scientific Evidence Quarterly 593, 600 (1995) (cited by Justice Antonin Scalia in Melendez-Diaz v. Massachusetts, 557 U.S. 305 (2009) https://supreme.justia.com/cases/federal/us/557/305/opinion.html Police marijuana field tests instead only involve checking whether a chemical changes color when added to the alleged marijuana. Clearly, such a color check should only be an initial inquiry to determine whether to send the material to a drug chemist, and not to make a determination beyond a reasonable doubt that the material is marijuana.

“The intent behind Virginia H.B. No. 88 seems to be to save the time of backlogged chemists at the Virginia Department of Forensic Science. However, if a drug charge is to be proven beyond a reasonable doubt at trial, there is no scientifically, legally nor Constitutionally sound way to do so if police field testing is allowed in evidence in a prosecutor’s attempt to prove that alleged marijuana is indeed marijuana.

The solution to backlogged drug chemists is not to allow field tests at marijuana trials, but instead to legalize marijuana.

Fairfax, Virginia criminal lawyer Jonathan L. Katz has since 1991 successfully defended thousands of clients charged with drug and other felony and misdemeanor offenses. To discuss your case with Jon, please schedule a confidential appointment through his staff, at 703-383-1100.