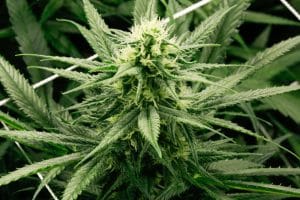 DFS — the Virginia Department of Forensic Science — on January 24, 2020, announced (1) a new testing procedure to rule out industrial hemp and (2) no longer requiring a court order for the agency to test suspected marijuana. As a Fairfax criminal lawyer, I know that police marijuana field tests remain ripe for attack, for not themselves ruling out the 0.3 percent THC threshold for industrial hemp.

With legal industrial hemp in Virginia permitted to contain up to 0.3% THC (the law does not say whether that is measured by weight or volume), the DFS’s policy sets 2% as the bottom threshold for material to be verified as marijuana. This new Department of Forensic Science testing method is called Semi-quantitative Gas Chromatography-Flame Ionization Detection-Mass Spectrometry (GC-FID-MS). See the forensic science department’s Controlled Substances Procedures Manual at 6. This testing method is to be “applied to all suspected Cannabis sativa plant material samples.”

When marijuana testing was adding to the the DFS’s drug testing backlog, the agency in 2014 announced that a court order would be needed for it to test suspected pot in simple possession cases. The agency’s January 24, 2020, directive no longer requires a court order for such testing. Of course, now that the Fairfax County and Arlington County Commonwealth’s attorney’s offices are generally moving to dismiss adult simple marijuana possession cases, that will offset the effect of submitting suspected marijuana for agency testing without court orders.

Ultimately, marijuana needs to be legalized, taxed and regulated, just as liquor is.