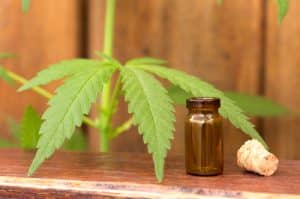 Drug field testing should not be used to justify pretrial detention nor a conviction, says Fairfax criminal lawyer

As a Fairfax criminal lawyer, I know that the law must no longer allow drug field testing to obtain a marijuana possession conviction when field testing is not permitted to obtain convictions for possessing other unlawful drugs, and that it should not be the defendant’s burden to seek a court order for suspected marijuana to be tested.

For over three years, the Virginia Department of Forensic Science has generally required a court order before agreeing to test suspected non-residue marijuana for simple possession cases. This is due to the ongoing months-long backlog for the DFS to test suspected drugs in the remaining Virginia drug cases. This backlog does not justify allowing field tests to prove that suspected marijuana is marijuana.

Drug field testing is fraught with risks of false positive results. Even assuming the existence of any drug field testing kits that are less prone to false positive results, police are not chemists and can make errors in the testing process and risk introducing contaminants in the testing, since they are testing in the field and not in a sterile chemist lab.

The Nark II 05-Duquenois-Levine Reagent marijuana field testing kit typically used by Fairfax County, Virginia police is not even available for purchase by anyone but law enforcement. Unless any otherwise unlawful substances are contained therein, the manufacturer should not be hiding its products from criminal defense lawyers, and the Virginia Department of Forensic Science should not be accommodating the use of testing kit that is not available to criminal lawyers.

If the trial judge does not bar field testing testimony in a Virginia marijuana possession trial, then full cross examination of the police officer’s testing activities should be as fair game as being able to cross examine a drug chemist, including crossing the officer on the extent to which s/he did or did not follow the field test kit manufacturer’s testing instructions.

Until field testing is abolished as a way to obtain Virginia marijuana possession convictions, judges should permit full evidentiary and procedural challenges by the criminal defense side to such testing.

Fairfax criminal lawyer Jonathan L. Katz has successfully defended hundreds of clients charged with marijuana and other drug crimes since 1991, as well as defending thousands of criminal defendants. To discuss your case with Jon Katz, please call his staff at 703-383-1100, to schedule a confidential consultation.