Danger from bringing a machete to a courthouse gunfight – Fairfax lawyer 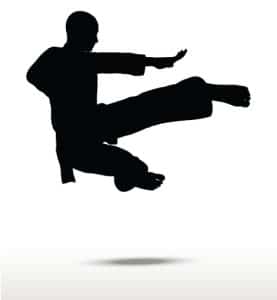 Danger from bringing a machete to a courthouse gunfight – Fairfax lawyer

Danger lurks around every corner in a criminal courthouse. As a Fairfax criminal lawyer, I know it is essential to go to court fully prepared for battle.

Criminal defense is not an exercise for mere dilettantes, which is what a lawyer (I will call him lawyer Fred) sounded like who recently and unsuccessfully tried to withdraw from a felony case scheduled for a felony preliminary hearing.

As I waited for my own case to be called, this particular lawyer Fred’s case was called first, before one of the courthouse’s best judges. Fred early on declared “I am withdrawing from this case.” Oh yeah? Says who? That is the judge’s call, and the judge made that clear to Fred.

The judge then gave Fred an opportunity to orally support his motion to withdraw as the attorney for his client. Fred said that the client had not been in sufficient contact with Fred, and that there had been financial issues that had since been resolved. The judge gave Fred’s client a chance to say whether he wanted to proceed without Fred. At that point, I had to attend to a matter involving my client, so did not follow anything further on Fred’s case.

Unlike federal court and the two state jurisdictions bordering to Virginia’s north, in the Virginia trial courts lawyers filing motions for court action can (and sometimes must) set a date for a hearing on the motion, where in federal court the judge decides whether to grant a hearing at all, or to simply rule in chambers on the lawyer’s motion and opposition thereto.

All lawyer Fred needed to do to get taken more seriously was to have filed a motion before his preliminary hearing and to have scheduled a date to be heard on the motion, of course with sufficient advance notice to his client. Moreover, Fred had an obligation to limit disclosing attorney-client confidences. For instance, even if a lawyer’s fee agreement with a client provides for allowing the lawyer to disclose the contract to a court in the event of non-payment or delayed payment on the contract, here Fred should not have told the judge about issues with payment, seeing that Fred said that financial issues had been resolved before the preliminary hearing date. One way to avoid disclosing client confidences when seeking to withdraw as criminal defense counsel is to state that there has been a breakdown in the attorney-client relationship such that the defendant, Court and public will be better served by granting the withdrawal motion.

Virginia criminal lawyer on not bringing a machete to a gunfight

Criminal defense lawyers must always be fully prepared, so that they don’t find themselves bringing a machete to a gunfight (even though some films depict superior fighter prevailing with knives or less against those with guns).

Fairfax criminal lawyer Jonathan L. Katz pursues your best defense against felony and misdemeanor charges. To discuss your case with Jon Katz, please call his staff at 7 03-383-1100 to schedule a confidential consultation.