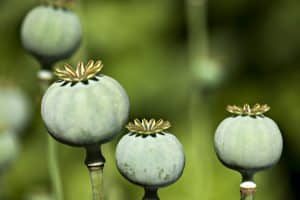 Subsequent drug prosecution is possible when a person is found with illegal drugs in place A, leading to a successful drug search of the person’s home in place B. As a Fairfax criminal lawyer, I know the importance of avoiding more than one prosecution arising from one initial drug bust.

Warren Hampton Ferguson was found with heroin in his pocket in Spotsylvania County, Virginia, when he made the mistake of telling police beforehand that he had been selling the drug. On the basis of finding that narcotic on Ferguson, police next searched his home in Fredericksburg, Virginia, and found even more heroin, leading to a subsequent heroin prosecution beyond Ferguson’s first one. Ferguson v. Virginia,  __ Va. App. __ (Jan. 14, 2020).

The Fredericksburg Commonwealth’s Attorney’s office prosecuted Ferguson for possession with intent to distribute heroin. He entered a guilty plea to that count in June 2018, when the prosecutor presented as evidence the Virginia Department of Forensic Science certificates of analysis both for the heroin found at his home and on his person on the above-listed separate counties. Unfortunately, the next month, the Spotsylvania County Commonwealth’s Attorney’s office the next month obtained a subsequent direct indictment against Ferguson for the heroin found in his pocket, which then led to police finding heroin at his home.

It is unclear whether Ferguson’s lawyer pursued only one drug prosecution before he entered his first guilty plea, whether he hoped to keep the original heroin seizure event out of sight and mind of the neighboring county’s prosecutor’s office from a subsequent prosecution, or did not consider the matter at all. Fortunately, his Ferguson’s lawyer for his second prosecution successfully convinced the trial judge to dismiss the second prosecution on Fifth Amendment Double Jeopardy principles. In entering that dismissal, the trial judge “concluded that if the offenses had occurred in the same jurisdiction, the defendant could not have been convicted of the first charge and then later prosecuted for the second charge without violating double jeopardy. The judge reasoned that the same principles applied because the certificate of analysis of the material found on the defendant’s person” in the original search of his person was “entered into evidence to support the” original heroin prosecution against him. Ferguson.

The Virginia Court of Appeals reversed the trial court’s double jeopardy-based dismissal of his subsequent prosecution, saying that the two separate prosecutions were not for the same act, where the first prosecution required separate different evidence from the second prosecution. Ferguson