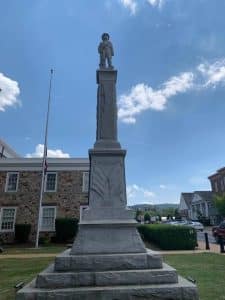 Fairfax judges this month via a unanimous Circuit Court issued a plan against systemic racism in the county’s judicial system. As a Virginia criminal lawyer, I am heartened with this step forward that adds to positive steps for criminal defendants expected in this month’s special legislative session in Richmond, as social justice efforts continue after the death of George Floyd. This county judicial plan of action responds to the Virginia Supreme Court’s unanimous June 16, 2020, more general call to action to members of the judiciary and bar to bridge the racial divide and for all people to be “treated equally and fairly and with dignity under the law.”

After George Floyd’s death, many corporations and other institutions and organizations issued statements about Black Lives Matter and racial justice. The motivations for that ranged from public relations to genuine belief in their statements. In any event, this plan of action by the Fairfax judges comes at an important time, only days before the Virginia legislature kicked off its special session to include addressing racial issues and issues arising from Covid-19. Here I address several of the specific points in the Fairfax Circuit Court judges’ plan of action.

“A judge shall not, in the performance of judicial duties, by words or conduct manifest bias or prejudice, including but not limited to bias or prejudice based upon race, sex, religion, national origin, disability, age, sexual orientation or socioeconomic status, and shall not permit staff, court officials and others subject to the judge’s direction and control to do so.” Canon 3B(5). Furthermore, Virginia judges shall require “all persons appearing in proceedings before the judge” to proceed in the same fashion.

The Fairfax judges plan of action includes identifying “whether there are symbols in the courthouse and courthouse grounds that carry implications of racism, such as public displays of historical figures who have demonstrated racial hostility.” Thus far — other than if the courthouse has portraits of people from the confederacy or known racists — the only such indications I have found of that in the Fairfax courthouse and its grounds is the monument with cannons to confederate Capt. John Quincy Marr, the first confederate officer killed in fighting with the Union army. The Fairfax government website says that “the cannons are facing north, as do all cannons at Confederate monuments.”

If all courthouses followed the Fairfax judges action plan, confederate monuments and tributes would either be removed from courthouses and their grounds or else have offsetting explanatory plaques and signs added. The courthouses and court grounds are too many in the commonwealth that have such monuments and tributes. Thank goodness, the prominent confederate soldier statue was removed last month at the Loudoun County courthouse. However, even more prominently displayed is the above towering confederate statue in front of the Warren County courthouse. That is in addition to the Louisa County Circuit Courtroom with a full-length portrait of Robert E. Lee, the King George County courthouse grounds tribute to World War I veterans that segregates soldiers’ names according to “colored” and everyone else, and such courthouses as the following that have confederate memorials on their grounds: Botetourt, Madison, and Rappahannock.

Additionally, Virginia should scrap — and may well do so — the relic [Robert E.] Lee-[Stonewall]Jackson day, one which courthouses and state government buildings close. Closing courts on a day honoring confederate leaders sends at least as bad a message about racial justice for criminal defendants as does a portrait of Robert E. Lee in the courtroom. Let another appropriate state holiday be designated for the same government employees to have an annual day off.

The Fairfax judges plan of action encourages “recruitment of qualified candidates from diverse corners of the community for all appointments.” Underline that word “qualified.” At his news conference after announcing his retirement, Supreme Court Justice Thurgood Marshall proclaimed that “I’m opposed to [picking the wrong justice because of he is African American]. . . .  My dad told me way back that you can’t use race. For example, there’s no difference between a white snake and a black snake. They’ll both bite.”

The Fairfax judges plan of action confirms the ongoing racism infecting society and the criminal courtrooms. One vital way to address that is to change Virginia law — a change which at least some state legislators support — to give criminal defendants the sole option to decide whether to waive a trial by jury. By giving Virginia criminal defendants that option, they will be less likely to feel cornered into a guilty plea in the event of a well founded fear of more racism in the jury box than on the bench.

End racism in the courtrooms, judicial chambers, prosecutors’ offices, police stations and cruisers and everywhere else.