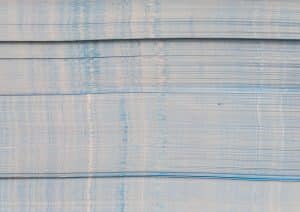 Fairfax cases do not all have prosecutors assigned for misdemeanor cases, as explained here. As a Fairfax criminal lawyer, I need to obtain the discovery evidence to which the law entitles me, regardless of whether a prosecutor will handle the case or not. Virginia misdemeanor discovery is limited to Rule 7C:5 evidence (my client’s statements to law enforcement and my client’s criminal record) and Brady exculpatory evidence.

Fairfax cases without prosecutors have a new option for obtaining discovery

A Virginia criminal defense lawyer may obtain misdemeanor case discovery (1) by filing a motion with the court at least ten days before trial pursuant to Virginia Supreme Court Rule 7C:5, (2) by an informal agreement with the prosecution, and (3) by any practice approved by the court. Until Commonwealth’s Attorney Steve Descano recently announced that his office will not prosecute a wide universe of Fairfax cases charging misdemeanor offenses, I typically proceeded to seek discovery either by a standard discovery order form approved by the judges (which usually ended up not requiring the provision of Fairfax discovery before the first trial date), or scheduled a hearing to issue a discovery order for such information to be provided on a designated date before trial.

Now a new option is available for Fairfax cases initiated by a Fairfax County police officer that do not involve a prosecutor. By letter dated August 6, 2020, to the Fairfax General District Court and Fairfax Juvenile & Domestic Relations District Court, the county attorney’s office submitted this proposed standard discovery order for misdemeanor cases not involving prosecutors. I anticipate that the Fairfax judges will agree to use this discovery form when submitted by a lawyer, rather than needing a hearing on the matter.

On balance, the misdemeanor discovery order proposed by the county attorney for Fairfax cases not involving a prosecutor (“Order”) looks like a better option, ordinarily, than setting the matter for a hearing where I would present a different format for a discovery order. The upsides of the Order are that it covers both Rule 7C:5 discovery and Brady/exculpatory evidence (where numerous Fairfax prosecutors (at least under the prior administration) injudiciously argued only to include the provisions of Rule 7C:5 in a discovery order and to exclude reference therein to Brady and exculpatory evidence). The Order directs discovery to be provided at least seven days in advance of the trial date if the defense submits the Order at least twenty-one days before trial, which is a big improvement over the usual practice of Fairfax prosecutors to provide discovery not until the first day of trial in a General District Court case. Furthermore, from a practical standpoint, the Order likely will usually result in the provision of full police reports (whether or not partially redacted), because doing otherwise risks running afoul of Brady, and because police will have little time to provide excerpted information from their reports rather than to disclose their entire reports.

Another upside of the Order for Fairfax cases without a prosecutor is that it requires police to provide “any in-car video or body worn camera footage that may have captured any [ ] statements” from the defendant. A downside is that the Order does not cover video footage of criminal defendants that does not record their words. If police are wise, they will provide the remaining video footage in order to not run afoul of Brady. Injudiciously, a number of prosecutors in the past asserted that video footage of police encounters with my clients is not automatically discoverable under Rule 7C:5 nor Brady. Just as the prosecution risks running afoul of Brady by not providing all police reports and notes about the case to the defense, the same applies to not providing the criminal defense lawyer with all video and film footage, audio and photos relating to the incident.

This is part one of a two-part article about defending Fairfax cases. The remaining part is here.

Virginia criminal lawyer Jonathan L. Katz has successfully defended thousands of clients charged with felony, misdemeanor and DUI offenses. Jon Katz defends throughout Northern Virginia and beyond, including in Fairfax County, Arlington, Prince William and Loudoun counties. Call us at 703-383-1100 for a free in-person consultation about your court-pending criminal or DWI case.