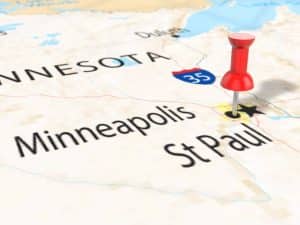 Minneapolis cop knees handcuffed George Floyd’s neck, ignoring his pleas to let him breathe- This fatality is a call to action

Minneapolis former cop Derek Chauvin — who kneed George Floyd’s neck until he died — is not a mere abberation. As a Fairfax criminal lawyer, I know that police abuse runs too rampant, making this George Floyd tragedy at once hearbreaking, despicable, and unfortunately not the last such tragedy until we completely overhaul the policing and criminal justice systems. Outrage justifiably flows from all corners over this abomination. Rather than my repeating what so many others have said, I wish to address the police and criminal justice reform that America so sorely needs.

Derek Chauvin is entitled to the presumption of innocence in criminal court, but civil liability is a lower standard

Derek Chauvin is the now-former Minneapolis cop who kneed George Floyd’s neck for what seemed hours. The inhuman calmness in Chauvin’s face and demeanor as Mr. Floyd and assembled people plead for his life is beyond chilling. (My stomach cannot take watching the entire video yet (and here is the surveillance camera video); I have not yet checked how calm or not are the appearance of the remaining nearby police.) Chauvin will undoubtedly get prosecuted for murder, and his lawyer will likely scour the autopsy report in the hopes of challenging whether Chauvin’s knee pressed directly, long, and hard enough on Mr. Floyd’s airway to have caused Mr. Floyd’s death, versus a pre-existing or intervening condition. Yes, in criminal court, Chauvin will be — and must be — entitled to the presumption of innocence unless and until proven guilty beyond a reasonable doubt. The standard of proof is much lower than that in a civil lawsuit.

When an arrestee says “I can’t breathe,” let him breathe

Mr. Floyd repeatedly complained about not being able to breathe. He was arrested by the Minneapolis police for an alleged counterfeit bill, and not any violent crime. If a chokehold or other strangulation move is ever justified by police, that hold better be brief. Mr. Floyd was handcuffed as Chauvin kneed his neck. This is madness, and reminds us of the New York cop’s continued chokehold on Eric Garner, who insisted he could not breathe.

George Floyd’s death in Minneapolis is neither a freak accident nor isolated incident. It is part and parcel of our overpoliced and overcriminalized society, where too many police forget — or never accepted in the first place — that they serve the public, rather than it being the other way around. Putting a gun, badge and power of arrest in a person’s hands gives them extraordinary power. Too many police are willing to speak to me about my clients in an overbearing, superior and dismissive way, so imagine how those same police talk to their like-minded colleagues. Chauvin was willing to keep his knee on Mr. Floyd’s neck in broad daylight, with several eyewitnesses present, and with at least one person videotaping his brutality. What does that say about what Chauvin has done in the past, particularly when under cover of darkness, with no civilian witnesses other than his victim?

How to overhaul the policing and criminal justice systems?

Overhauling the policing and criminal justice systems in Minneapolis and nationwide must be an all-fronts effort, that faces players entrenched in and employed by and through that system, not only civil servants but also the invested corporations and their employees working on lucrative criminal justice system contracts. We continue to have politicians who run on law and order platforms, and who insist on harsher criminal laws when a new massacre or other criminal tragedy comes about.

We do see change, though, towards criminal justice reform, but just not fast enough. Northern Virginia voters were willing to take a chance on elected chief prosecutors pushing for more progressive and criminal defendant-compassionate approaches than their predecessors. The harsh federal criminal sentencing scheme is loosening a bit by the action of legislators not worried as much as they would in the past about the voter backlash that is no longer as risky. Marijuana reform continues its remarkable surge nationwide, which is part of my recipe for shrinking our criminal justice system: Legalize marijuana, prostitution and gambling; heavily decriminalize all remaining drugs‘ eliminate mandatory minimum sentencing; and eliminate the death penalty. Once the criminal justice system has shrunk, scarce and limited government funds and resources get better spent, and we then have more sufficient funding to recruit, train, retain, and monitor all the players in the criminal justice system, from police to jailers to prosecutors to judges. This Minneapolis tragedy shows us how much further we have to go.

We are light years away from being a colorblind society

This is another incident of a white police officer unjustifiably killing a black man. I have not read enough about Mr. Floyd’s tragedy to know the extent to which race was or was not a factor in Chauvin’s actions. The rioting in South Minneapolis is not going to solve anything, but clearly we are going to keep seeing riots before our overpoliced and overcriminalized society is overhauled.

Soon after George Floyd died, the following four Minneapolis police officers were fired: Derek Chauvin (who kneed George Floyd’s neck), Thomas Lane, Tou Thao and J. Alexander Kueng. Their firings will not prevent a recurrence of such a tragedy. The criminal justice and policing systems need a top-down overhaul.

Fairfax criminal lawyer Jonathan L. Katz believes that tragedies like this one with George Floyd will continue until our overly-policed and overcriminalized society are overhauled.