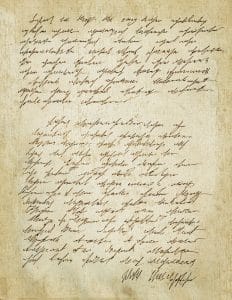 Abolishing the death penalty has long been critical for me. Abolition is a major human rights, social justice, and racial justice issue. As a Fairfax criminal lawyer and longtime human rights activist, I bristled when eight years ago a fellow Virginia criminal defense lawyer called me for support for his state legislative campaign (he did not prevail), but dismissed my asking him about pushing for ending the death penalty by saying little more than that abolition was not going to happen in the commonwealth. Nor was my support for his campaign going to happen after he had so curtly dismissed my promoting the end to capital punishment.

Today clearly is a new day when numerous current and former chief prosecutors and former line prosecutors have this week banded together to urge the General Assembly of Virginia to pass pending legislation (SB 449 and HB 85)  abolishing the death penalty. This letter by these twenty-one current and past prosecutors acknowledges that not all of them are philosophically opposed to capital punishment per se, but that they see the death penalty as ineffectual, overly expensive, and not a proven crime deterrent. Further, this group acknowledges that “numerous studies in Virginia and nationwide have shown that the death penalty most often falls on poor and minority defendants. We are thus concerned about the potential arbitrariness of any new death sentences in the Commonwealth.”

All of the foregoing arguments for decades have been commonly enunciated by those pursuing abolishing the death penalty. It is nice to see such arguments embraced even by those who have previously pursued executions. This includes former Virginia Attorney General and gubernatorial candidate Mark Earley — likeable in person — who while state AG actively pursued keeping Virginia’s death penalty machine running, with thirty-six executions under his watch from 1998 to 2001, which averages to around one execution per month.

Hanging prosecutor replaced with an abolitionist one

The former decades-long chief Prince William County prosecutor Paul Ebert was a major proponent of capital punishment, and held the record for getting more people sent to death row than any other prosecutor. Thanks to his successor (Ebert supported her opponent) Amy Ashworth, who signed onto this abolishing letter.

It was to be expected that reformist and new chief prosecutors Steve Descano (Fairfax County) and Parisa Dehghani Tafti (Arlington County) would sign onto this abolishing letter. I regret that neighboring new chief prosecutor Buta Biberaj (Loudoun County) did not join the signers. Fortunately, other signatories include the commonwealth’s attorneys for Alexandria City, Albermarle County, Fredericksburg and Norfolk.

The time is ripe for abolishing the death penalty in Virginia, in the rest of the United States and worldwide.