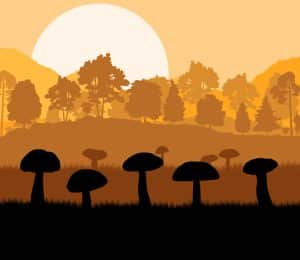 Psychedelic drugs can provide important health benefits for a variety of psychological ailments. As a Fairfax criminal defense lawyer, I know that for years, LSD, psilocybin, magic mushrooms / shrooms and other psychedelics got lumped in with cocaine and heroin for criminalization and sentencing ranges, after LSD actually remained legal at the federal level into the early 1960’s. Fortunately, numerous medical professionals and advocates have been advocating relaxation of such harsh laws.

Several cities have made psychedelics a lower law enforcement priority

Our nation’s capital will in November 2020 vote on a referendum to join the several other cities that have updated their laws to make psychedelics a lower priority for law enforcement. The referendum in the nation’s capital applies to non-commercial use, possession, cultivation and distribution of  “entheogenic plant[s] and fungus,” which are defined as any “plant or fungus of any species in which there is naturally occurring any of the following substances in any form which would cause such plant or fungus to be described in D.C. Official Code §48-902.04(3): ibogaine, dimethyltryptamine, mescaline, psilocybin or psilocyn.” That would seem to omit LSD (Lysergic acid diethylamide).

Using entheogenic plants and fungi for depression and other ailments

Two of the activists promoting this psychedelics initiative in the nation’s capital provide compelling stories of how such substances tremendously aided them in transcending their severe depression, with at least one of them no longer needing such substances and now engaging in psychological therapy.

In 2014 article on psychedelics, the Washington Post reported that: “Pilot studies and clinical trials of LSD, psilocybin, ketamine and MDMA have shown that the drugs, often in combination with talk therapy, can be given safely under medical supervision and may help people dealing with opiate and tobacco addiction, alcoholism, anxiety, depression” and PTSD.

The war on drugs is an overly expensive failure

The decades long drug wars have been an overly expensive failure, both in terms of the financial toll on criminal justice system resources and in terms of the lives the drug wars have destroyed or else harmed in less severe ways. More drugs, including psychedelics, should be regulated and taxed rather than criminalized. Drug treatment should be favored over convicting and jailing for drug use. Heavily decriminalizing drugs will help to shrink the criminal justice system, to simultaneously make possible higher quality lower cost law enforcement, court and criminal defense regimes.