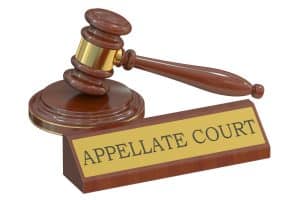 Sexual battery is a misdemeanor in Virginia. This past week, en banc, the Virginia Court of Appeals affirmed a sexual battery conviction where the defendant twisted his victim’s breasts as hard as he could. Virginia v. Robinson, ___ Va. App. ___ (June 18, 2019). As a Fairfax County criminal defense lawyer, I know the scarlet letter of receiving such a conviction.

Fairfax criminal defense lawyer on the meaning of sexual battery

“Intimate parts” include the “breast, or buttocks of any person.” This means that the juvenile practice of giving purple nurples even to other males is lawfully out of the question under Virginia’s sexual battery statute. Va. Code § 18.2-67.10.

Virginia criminal attorney on the latest appellate opinion on this statute

“We hold that a rational fact finder could conclude that Robinson accomplished the touching “by force” because not only did he touch or grab the victim’s breasts but he also ‘twisted as hard as he could’ – and held on to her in that manner for about a minute, according to the victim’s sister, who was standing stunned next to her. Furthermore, it is undisputed on appeal that this battery occurred against the will of the victim – and that the touching satisfied the statutory requirement of sexual abuse, as defined in Code § 18.2-67.10. In short, considering the totality of the circumstances, we simply cannot say that no rational fact finder could have found Robinson guilty of sexual battery beyond a reasonable doubt. For all of these reasons, we  affirm Robinson’s conviction for sexual battery in violation of Code § 18.2-67.4.”

Fairfax criminal lawyer Jonathan L. Katz has repeatedly defended people charged with felony and misdemeanor sex offenses, as well as a wide range of other criminal cases. To discuss your case with Jon Katz, please schedule a consultation through his staff at 703-383-1100.