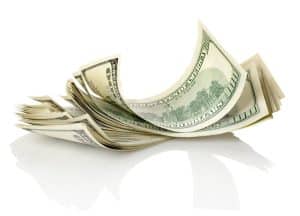 Embezzling is a scarlet letter theft crime which, if convicted, is a smear on the defendant’s reputation. As a Fairfax criminal lawyer, I know how critical it is for the defense to find every possible way to dismantle embezzlement and other prosecutions.

Embezzling in Virginia risks serious sentencing under the theft statute

Virginia’s embezzlement statute provides, in pertinent part: “If any person wrongfully and fraudulently use, dispose of, conceal or embezzle any money… or any other personal property .. which he shall have received for another … he shall be guilty of embezzlement.” Va. Code § 18.2-111. Embezzlement gets sentenced as larceny / theft, for up to twenty years incarceration for embezzling $500 or more, and up to one year in jail for embezzlement under $500.

Congratulations to land subdivider Walker Ware, IV, for standing up against a prosecution alleging that he embezzled funds paid by landowners in the subdivision for road maintenance. It is troubling that the trial court even allowed the matter to go the jury. The Virginia Court of Appeals reversed Ware’s embezzling conviction, proclaiming: “Because the road maintenance fees were not the entrusted property of another, the court erred in denying Ware’s motion to strike the embezzlement charge.” Ware v. Commonwealth of Virginia, Record No. 1458-18-2 (Oct. 1, 2019) (unpublished).

In addition to the embezzling prosecution, Ware’s jury trial also included a charge of attempted extortion from Ware’s delivery to one of the landholders of his property subdivision, of a legal notice of intent to file a memorandum of lien, related to his ill-advised unilateral amendment to the above-referenced road dedication and maintenance agreement, that failure to pay the annual $200 maintenance payment would result in a $5,000 annual assessment.

As an aside, while Ware was courageous to take his case to a jury (courageous because he risked significant incarceration time if convicted) in this embezzling and attempted extortion prosecution, where his online trial docket shows that the jury opted only to recommend a fine against Ware and no jail time, and to then successfully appeal. Nonetheless, where, as here, Ware threatened a usurious late payment fee on his subdivision’s landowners and allegedly provided only minimal road maintenance, he thusly exposed himself to the very landowner complaint(s) that apparently landed him in this prosecution in the first place.

Nonetheless, no usury court action was taken against Ware rather than this attempted extortion charge added to his embezzling charge. The Court of Appeal handily knocked down that convicted count: “The quintessential example of lawful and valid exercise of enforcement rights is the use of the judicial process.“ Ware.

Judges are generalists and must be educated on the applicable law

Ware’s embezzling and attempted extortion case should have been dismissed on his lawyer’s motion to strike the evidence after the prosecution rested, considering how clear the foregoing law is. Nonetheless, trial judges are generalists dealing with a wide range of criminal and civil legal matters, and trial lawyers need to have at the ready the applicable law, and sometimes pretrial legal memoranda, to show the trial judge why a particular criminal defense argument is on all fours with the applicable court rules, statutory law, caselaw, and/or Constitutional law.

Fairfax theft and embezzlement lawyer Jonathan L. Katz fights tooth and nail for your rights against prosecutions alleging felony, misdemeanor and DUI offenses. For a free in-person confidential consultation with Jon Katz about your pending criminal court case, please call his staff at 703-383-1100 to schedule a consultation.