Silence is golden – Fairfax criminal attorney on asserting that right 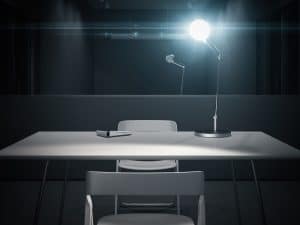 Silence is golden – Fairfax criminal attorney on asserting that right

Silence can spell the difference between a conviction and acquittal, says Fairfax criminal lawyer

Silence is the most critical first weapons of a criminal suspect. As a Fairfax criminal attorney, I know that clearly stating “I am not talking” — or similarly clear words — requires police to stop questioning a suspect. This is true whether or not the police have already arrested the suspect or advised the suspect of his or her Miranda rights.

After arresting him for an alleged probation violation, police tried interviewing Rashad Adkins after advising him of his Miranda rights. Adkins initially made the mistake of not maintaining silence with the police, but ultimately saw the light and proclaimed “I don’t have no more to say to you.” Thereafter, both the police “officers and Adkins made a couple of additional comments, but the officers ended the interview within 15 seconds of Adkins’ statement.” Adkins v. Virginia, Record No. 180485 (Va. March 28, 2019) (unpublished order).

As a Fairfax criminal lawyer, I regret that Adkins had to fail at the trial and Virginia Court of Appeals stages before convincing the Virginia Supreme Court that his statement “I don’t have no more to say to you” invoked his right to silence and barred trial evidence of further police questioning of Adkins absent his re-initiating further communications (which he did not do). Further, the state Supreme Court’s Adkins opinion needs to be converted from an unpublished order to a published opinion, to give it greater publicity and effect.

Adkins may have won in the Virginia Supreme Court, but the commonwealth’s Court of Appeals ruled that it was not an invocation of Adkins’s right to silence for him to have proclaimed to the police “I don’t have no more to say to you.” C’mon. Not everyone is so articulate — and few are law school trained — as to more clearly assert their Fifth Amendment right to remain silent:

“The [Virginia Supreme] Court has recognized that a suspect may invoke his right to remain silent and terminate questioning by simply stating ‘I do not want to answer any more questions.’ [Midkiff v. Commonwealth, 250 Va. 262] at 267 (citing Akers v. Commonwealth, 216 Va. 40, 46 (1975). Here, Adkins’ statement ‘I don’t have no more to say to you’ is not quite so eloquent, but it clearly conveys the same sentiment. See Davis v. United States, 512 U.S. 452, 459 (1994) (recognizing that a defendant need not ‘speak with the discrimination of an Oxford don’ to invoke his Miranda rights).”

As a Fairfax criminal lawyer and civil libertarian, I urge everyone to watch my four-minute video on how to assert your right to silence with the police, and to refuse consenting to police searches, nor assisting police searches. Too many of my clients and potential clients have done the opposite and gotten themselves into hot water as a result. If everyone asserted those rights, our criminal courtrooms, jails and prisons would be much emptier than their current status of being filled to the brim.

Fairfax criminal attorney Jonathan L. Katz urges everyone to know their rights in dealing with the police before ever becoming a suspect. To discuss your felony, misdemeanor or DUI case with Jon Katz, please call his staff at 703-383-1100 to schedule a confidential consultation.