Consciousness of guilt with refusal- Fairfax DUI lawyer counters that 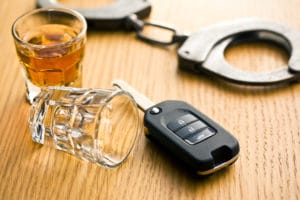 Consciousness of guilt with refusal- Fairfax DUI lawyer counters that

Consciousness of guilt of DWI from a blood alcohol test refusal can be considered in some non-Virginia jurisdictions. As a Fairfax DUI lawyer, I know that such test refusal is generally inadmissible at a Virginia DUI trial for any reason other than introducing a finding of unreasonable refusal for the “purpose of explaining the absence at trial of a chemical test of such sample [of breath or blood]. When admitted pursuant to this subsection such evidence shall not be considered evidence of the accused’s guilt.” Va. Code § 18.2-268.10,

Neighboring state and federal jurisdictions do not bar the prosecutor from arguing that breath and blood test refusal shows consciousness of guilt for DUI. Below is how I blunted that assertion in obtaining a DWI acquittal in a neighboring state court.

A DUI defendant might refuse to take a breath or blood alcohol test for a host of innocent reasons separate from consciousness of guilt, including but not limited to exhaustion, physical discomfort, and being misled by the police officer about the downside of not submitting to testing. Sometimes police accuse a DWI suspect of refusal when s/he actually is physically unable to provide a sufficient breath sample, and then do not provide the suspect the opportunity to submit to a blood test.

Winning a DUI trial with evidence of strong odor of alcohol, consumption of a couple of drinks and refusal of a breath alcohol test

In my recent DUI trial acquittal, the police officer stopped my client for allegedly not making a complete stop at a flashing red light. The officer smelled a strong odor of alcohol on my client’s breath. He admitted to having consumed a couple of alcoholic drinks. My client was polite with the police officer and submitted to requested field sobriety tests.

The police arrested my client for DWI, and read him the applicable law about the adverse consequences of refusing to submit to a breath or blood alcohol test after being arrested for DUI. My client refused breath and blood alcohol testing. I argued that this refusal did not amount to consciousness of guilt.

My closing argument included the following arguments: The evidence fails to prove beyond a reasonable doubt a nexus between my client’s drinking of alcohol and personal behavior and driving behavior. The traffic stop was at 1:30 a.m. when most people are sleeping, and the drinking could have taken place hours before. The field sobriety tests were generally performed fine.

The refusal to take a breath or blood alcohol test was made after being read an advice form that stated the loss of license penalties for such a refusal, but nowhere indicated that such refusal might be used at trial to show consciousness of guilt.

Because the law makes one guilty for a blood alcohol level as low as 0.08 percent or more by weight by volume or 0.08 grams or more per 210 liters of breath, a driver at that BAC level often will not have any idea whether or not s/he is over that limit, which amounts to lack of consciousness of guilt.

In acquitting my client of DUI, the trial judge pointed out the absence of culpability in the field testing and pointed out the high burden of proof needed by the prosecutor to obtain a conviction beyond a reasonable doubt.

Fairfax DUI lawyer Jonathan L. Katz pursues your best defense against felony, misdemeanor and DWI prosecutions. Jon Katz will be delighted to schedule a free in-person consultation with you about a court-pending criminal case, by calling his staff at 703-383-1100.