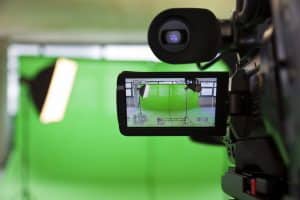 Cameras abound to record our driving behavior, interactions with police, and even blowing our nose in a retail store. As a Northern Virginia criminal lawyer, I know that this ever-present camera situation provides both opportunities and challenges for criminal defendants.

With inexpensive video cameras, assume that the whole world is watching once you leave your home

Virtually ubiquitous video cameras are both a blessing and a curse for criminal defendants. They can be a blessing for blunting and sometimes even countering police allegations. They can be a curse for helping catch people red-handed in such criminal activities as DUI, illegal drug sales and purchases, theft, and assault. Videotape sometimes create a false impression that an innocent person has engaged in criminal conduct.

Videotaping can be embarrassing, sometimes showing criminal defendants in particularly embarrassing and vulnerable moments.The upside to knowing that video cameras abound in public is that many people might conduct themselves better so as to reduce the risk of criminal arrests and convictions in the first place.

Being camera ready for mugshots

As a Northern Virginia criminal lawyer, I know that mugshots can be among the most unwanted photos in the eyes of criminal defendants, not only because of the mugshot itself, but because the cameras often create unflattering photos. Mugshots often get publicized in newspapers and online. When my criminal defense client coordinates with me to turn himself or herself in on an open arrest warrant, I advise my client to consider grooming his or her face and hair to be presentable for the camera.

For criminal defense, I always want to obtain and review the incident video — both to discovery further defense possibilities and to blunt adverse evidence — unless doing so is likely to prepare damning evidence that might not otherwise be available to the prosecution. For instance, if my client is accused of assaulting someone on a street corner, my client and I will think twice before obtaining a subpoena for the security video cameras from a nearby office building, if my client actually perpetrated the alleged assault, without any defenses, and if nobody on the opposing side is likely to obtain such video evidence.

Virginia law places roadblocks on obtaining subpoenas for video and other evidence from police cameras. Therefore, I usually include video evidence in draft discovery orders, and deliver the police and prosecution a notice to preserve and produce video evidence. Not all police agencies routinely videotape encounters with suspects; for me, that is a point of attack that the police agency dropped the ball on spending relatively little to help a defendant challenge whether the prosecutor has proven the case beyond a reasonable doubt.

Privately-possessed evidence from video cameras can be obtained through subpoena. Beware that people often tape over or otherwise obliterate video evidence, so the sooner the better for obtaining such evidence.

Fairfax criminal lawyer Jonathan L. Katz pursues your best defense against felony, misdemeanor and DWI prosecutions. To discuss your case with Jon Katz, please call his staff at 7 03-383-1100 to schedule a confidential consultation.