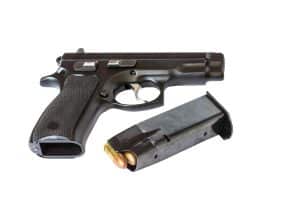 Beware the Virginia criminal law risks for being in a car with illegal guns, drugs or other contraband, cautions Fairfax criminal lawyer

Beware what happens when police find contraband in the automobile in which you are in the driver’s or passenger’s seat. As a Fairfax criminal defense lawyer, I know that too many Virginia police and prosecutors will pursue a prosecution of everyone in the car, leaving the vehicle’s occupants with the unenviable burden of arguing reasonable doubt over the claim of possessing illegal drugs or firearms, or to get up on the witness stand, waive the Fifth Amendment right to remain silent, and deny knowledge of the contraband’s presence.

How is a Virginia vehicle occupant supposed to know every item that is in the car?

Even a motor vehicle owner may not know all the contents of his car; beware not knowing. Often others also have access to our cars, whether as borrowers taking the car for a spin, passengers leaving contraband behind, or those servicing the car or otherwise using the car for a brief timeframe. Car passengers are even less likely to know what all the cars’ contents are. Unfortunately, such ignorance is not an airtight defense against Virginia allegations of possessing contraband in a motor vehicle. Wayne Eaterling learned that the hard way. Easterling v. Commonwealth of Virginia, Record No. 1444-19-3 (Aug. 4, 2020) (unpublished).

What are the risks from lingering in a retail parking lot in a car containing illegal firearms? Do not wait to find out.

Police were drawn to Easterling’s car parked in a Wal Mart parking lot, when an employee pointed out to beware shoplifting suspect Easterling. Police obtained identification documents of Easterling and a visitor to the vehicle in which Easterling was in the driver’s seat. Police had Easterling get out of the vehicle, which Easterling said belonged to his uncle.

Looking into Easterling’s vehicle while standing outside of it, the law enforcement officer observed in plain view “‘a clear magazine with firearm’s rounds in the magazine’ sticking out from under the driver’s seat.” Easterling affirms the verdict of the trial judge, sitting without a jury, for possession of a firearm after having been convicted of a felony, in violation of Code § 18.2-308.2, and possession of a machine gun for an aggressive purpose, in violation of Code § 18.2-290. To beware the contents of the vehicle you are about to enter can spell a big difference between a an arrest, prosecution or conviction, or none at all.

Easterling rejects the appellant’s argument that a conviction reversal is justified by Myers v. Virginia, 43 Va. App. 113 (2004). In Myers, police found a revolver on the front vehicle floorboard wrapped in a blanket, together with a pistol found around sixty feet from where the defendant sat as a driver. With Easterling, “a rational fact finder could reasonably infer that Easterling had knowledge of the magazine in plain view that was sticking out from under the driver’s seat, upon which he was seated, and knew of the firearm located directly next to it.” Easterling. Beware being willfully blind to the contents of the motor vehicle you are entering.

As to Myers, see also Roy v. Virginia, Record No. 1403-15-2 (Va. App., March 7, 2017) (unpublished). In Roy, the evidence was insufficient to convict a man driving a rental car without authorization, where the glove compartment contained a handgun and twenty grams of cocaine. Beware if any of those facts favorable to Roy are not present in your own case.

Culpability for possession of weapons, drugs and other contraband requires prosecutors to try to prove knowledge, dominion and control beyond a reasonable doubt

Convictable possession of contraband requires proof beyond a reasonable doubt of knowledge, dominion and control over the contraband. That culpability can be proven by either direct or circumstantial evidence. Easterling has no trouble concluding that sufficient evidence existed to have convicted him of firearm possession. Moreover, when a machine gun is found, a Virginia statutory rebuttable presumption exists that everyone in the vehicle has possession of the firearm. Easterling. Beware such rebuttable presumptions of criminal activity.

A Virginia criminal defendant always has the option to deny that the seized drugs were possessed by his or her client. However, when police find illegal drugs on the ground within a few feet of the subject after hearing thuds consistent with such dropping, beware that the conviction may well get upheld. Patton v. Commonwealth, Record No. 1494-19-2 (Va. App., July 7, 2020) (unpublished).