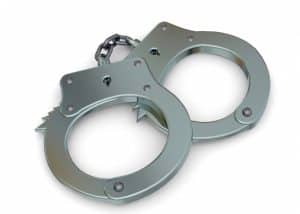 Resisting arrest law risks excessive police use for charging unruly criminal defendants, as do charges of disorderly conduct and felony assault on law enforcement. As a Fairfax criminal attorney, I have my eyes keenly attendant to that reality when defending each client charged with such Virginia offenses. In 2018, Virginia’s resisting arrest law got recodified to be repealed under Va. Code § 18.2-479.1 and recodified with the obstruction of justice statute at § 18.2-460(E), stating:

“Any person who intentionally prevents or attempts to prevent a law-enforcement officer from lawfully arresting him, with or without a warrant, is guilty of a Class 1 misdemeanor [for resisting arrest.. For purposes of this subsection, intentionally preventing or attempting to prevent a lawful arrest means fleeing from a law-enforcement officer when (i) the officer applies physical force to the person, or (ii) the officer communicates to the person that he is under arrest and (a) the officer has the legal authority and the immediate physical ability to place the person under arrest, and (b) a reasonable person who receives such communication knows or should know that he is not free to leave.” Id.

A resisting arrest conviction in Virginia does not necessitate that the police officer articulate that the suspect is under arrest, so long as the officer applies physical force on the person. While telling the suspect that s/he is under arrest can satisfy that element of the crime, the other way that element can be satisfied is when the officer applies physical force to the person, Id.

A Virginia law enforcement officer’s mere command that a person is under arrest does not by itself qualify for a resisting arrest conviction. Instead, the necessary additional element is that the “officer has the legal authority and the immediate physical ability to place the person under arrest,” Id. This week, the Virginia Court of Appeals found that such police physical ability to place the person under arrest certainly applies when the police officer is able to hit the suspect with his taser and get on top of him. Peters v. Virginia, ___ Va. App. ___ (August 4, 2020).

In affirming Peters’s resisting arrest conviction, the Virginia Court of Appeals acknowledges that “trial court erred by holding simply that Peters’s refusal to place his hands behind his back was sufficient for a conviction under Code § 18.2-460(E).”

Nonetheless, Peters affirms his conviction under the “right result for the wrong reason” doctrine, which can also be called the right result for a different reason. “‘Under the right result for the wrong reason doctrine, “it is the settled rule that how[ever] erroneous . . . may be the reasons of the court for its judgment upon the face of the judgment itself, if the judgment be right, it will not be disturbed on account of the reasons.”‘ Peters. It appears that, at the very least, Peters’s actions of continuing to wrestle with the police — rather than simply pulling away from being handcuffed — is what led the Virginia Court of Appeals to affirm his conviction. Merely moving one’s body away from being handcuffed is not resisting arrest in Virginia, because Peters reiterates the continued applicability of Joseph v. Virginia, which reverses a conviction for Joseph for keeping pulling away when police were trying to handcuff him on open arrest warrants.

May I walk away from police if they do not say I am under arrest? Am I free to leave is the ideal inquiry to the police

Based on this resisting arrest discussion — and the fact that we will not always hear police clearly if they say you are under arrest — before leaving any police-initiated encounter, it is ideal to ask the police officer “Am I free to leave?” An affirmative police answer to that question hopefully will eliminate any ambiguity over the matter.