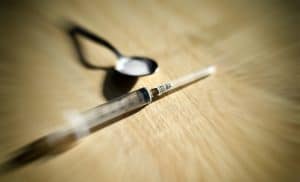 An imitation drug, under Virginia criminal law, can also be a substance that “by express or implied representations purports to act like a controlled substance as a stimulant or depressant of the central nervous system and which is not commonly used or recognized for use in that particular formulation for any purpose other than for such stimulant or depressant effect,” unless marketed as permitted by the United States Food and Drug Administration (FDA). Va. Code § 18.2-247(B)(2).

Finally, in determining whether a substance “is an ‘imitation controlled substance,’ there shall be considered, in addition to all other relevant factors, comparisons with accepted methods of marketing for legitimate nonprescription drugs for medicinal purposes rather than for drug abuse or any similar non-medicinal use.” Va. Code § 18.2-247(C).

Richard Amos Taylor got caught by his own boasting into a conviction for violating Virginia’s law against dealing imitation controlled substances. Undercover police officer Cox arranged to buy heroin from Taylor as part of a buy-but sting. “Taylor ‘boasted’ to Cox over the phone about his heroin product, and claimed that it was ‘raw, ‘came straight from New Jersey,’ and ‘did not contain any Fentanyl.'” Taylor v. Virginia, Record No. 1197-19-3 (July 28, 2020) (unpublished).

Police met with Taylor to finalize the drug deal, searched the car Taylor arrived in, and found the allegedly imitation drug: “a knotted plastic baggie that contained an off-white substance … in the immediate area where Taylor had been seated. ” Rather than taking the wise route of remaining silent, the detained Taylor “explained to Cox that the baggie contained ‘Benefiber’ and he had intended to mix it with cocaine… and sell it to Cox.” Testing of the seized baggie found no controlled substance, and “‘appeared to be something similar or that of like corn syrup solids such as baby formula.'” Taylor.

Taylor’s waiver of his Miranda / Fifth Amendment right to remain silent possibly arose from his not knowing that selling or possessing with intent to distribute any imitation Schedule I, II, III or IV drug is a Virginia Class 6 felony. Va. Code § 18.2-248(G). Having admitted his intention to sell the substance found in his car, Taylor argues only one issue on appeal, which is that the purported heroin was not an ID, because the seized substance could have been introduced into commerce prior to its seizure from Taylor, and such substances are not criminal to possess with intent to distribute. See VA. Code § 18.2-247(B)(ii)(1). In rejecting that argument, the Virginia Court of Appeals puts the burden on Taylor to meet that exception: “Code § 18.2-263 specifically provides that the Commonwealth is not required to ‘negative any exception” contained in Code § 18.2-247. Instead, the defendant bears the burden of proof… Taylor introduced no evidence as to when any substance at issue — heroin, corn syrup, or baby formula — was introduced into commerce (either when they were brought to market or when he purchased the substance he possessed).” Taylor.

In admitted dicta in this already unpublished — and therefore non-binding — Taylor opinion, the Virginia Court of Appeals further states: “It appears, therefore, that the legislature included the ‘introduction into commerce”’ exception [to the imitation drug law] to protect manufacturers of a legal substance who continue to manufacture it even after a controlled substance similar in appearance is introduced.” Taylor. As a Fairfax drug defense lawyer, I remind everyone of the risks of getting involved with ID’s.