Bending prosecutors out of shape while defending in Virginia criminal court 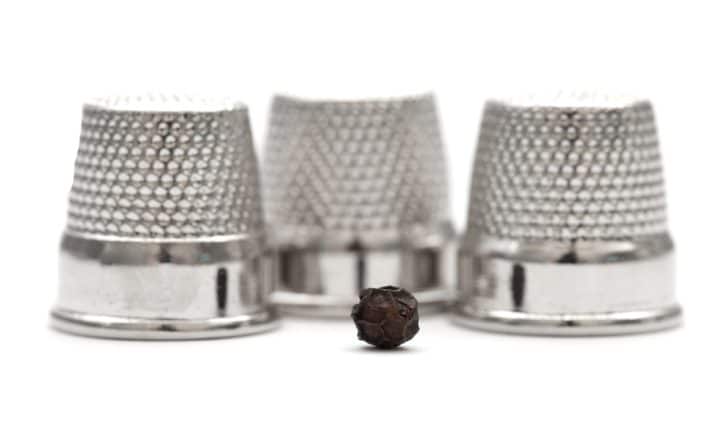 Bending prosecutors and police out of shape should not be a goal in and of itself, but it sometimes happens as a helpful default. As a Fairfax criminal lawyer, I do know that sleight of hand can be beneficial, but once again usually should not be a goal in and of itself, nor should psychological warfare nor mind games. At the same time, a Virginia criminal lawyer should never expect opposing prosecutors, police nor prosecution witnesses to act honorably, nor for non-prosecutors opposing the defendant to even avoid snooping on the defendant and his lawyer while they talk in a courthouse conference room or in a corner of the courthouse when a private room is not available. Nor should the defense expect the prosecutor not to try to bend the defendant out of shape with highly undesirable settlement offers, sometimes with unreasonable conditions attached thereto. Criminal defense is proverbial warfare, and part of successful warfare is for opponent nonsense to roll off the Virginia criminal defense lawyer’s back like water off a duck’s back. As to the defendant, the more faith, confidence, and engaged trusting and caring relationship that s/he has with the defense lawyer, the less the defendant will get bent out of shape from nonsense from the prosecutor and cop.

Bending prosecutors and police by upending their sense of their authority

It is easy for prosecutors and police to try to strut their power and authority when it goes unchallenged. However, inside the courtroom, the police officer’s badge, handcuffs and handgun remain holstered absent an emergency, making bending them out of shape easier. On the witness stand, the cop is required to answer the Virginia criminal defense lawyer’s questions, when police officers when outside the courthouse are accustomed to being the ones asking the questions. Prosecutors deal with plenty of unrepresented defendants (a criminal defendant representing himself or herself in court ordinarily has a fool for a client) and lawyers whose blood can be smelled miles away that they are desperate for a plea deal and terrified of going to trial. No Virginia criminal lawyer has any business stepping foot into the courtroom to challenge a prosecution if s/he is not going to be trial ready.

Turning police officer’s perception of authority against them

Many police officers and prosecutors like to “remind” Virginia criminal lawyers of their claimed authority. Many detectives will readily advise the lawyer who calls them “officer” on the witness stand that they are a “detective”. Under a since-replaced commonwealth’s attorney, a prosecutor in a county neighboring my Fairfax home base told me that he did not think his supervisor cared about the downtick I told him his office had in my perception after he followed the supervisor’s orders to remove an aspect of our agreed-to settlement offer that was very important to my client and only harmful to the prosecution in terms of their office’s maintaining a tight-fisted law and order image. (And, sadly, Virginia appellate caselaw gives wide ability to prosecutor’s to renege on plea deals before the judge accepts the deal; at least the defendant is permitted to do the same, but with the knowledge that doing so may never get another plea deal.) Care or not, such officious prosecutorial approaches will get them bitten in the butt, at the very least by Virginia criminal lawyers warning their clients about the prosecutors and commonwealth attorney offices that cannot be relied upon to follow through with a mutually agreed settlement. Such prosecutorial behavior will not have the effect of bending Virginia criminal defendants out of shape rather than simply exposing prosecutors for who they are.

The best way for  bending prosecutors and police out of shape in a defense-beneficial way is simply for the Virginia criminal lawyer at all times to be fully prepared for trial. That means that settlement negotiations come from a position of strength, any mindgames and psychological warfare from the opponent become meaningless other than the effect they have on the defendant, and judges and jurors will lose patience and even get downright exasperated and irritated to witness any shenanigans from prosecutors and police.

Here are three examples where I won trials after the prosecutor got thrown off by my unintended sleight of hand and/or bending them out of shape. In one instance, the prosecutor confirmed he was okay with my going to his supervisor to seek a wet reckless disposition in a Virginia DUI prosecution, where the prosecutor was probably confident that I was wasting my time doing so, and I did not get anywhere with that approach. When I returned to the courtroom, I passed a note to the prosecutor saying: “We are going to trial. Please have the incident video ready to play [because the prosecutor never gave me my own video copy.]” In short order, the prosecutor passed me a note back proclaiming “STOP PASSING ME NOTES!!!” During my suppression motion at this bench trial the same morning, I was pleasantly stunned that the prosecutor had overlooked that there were two strong bases for the police stop of my client, not just the one basis that the prosecutor directed the cop on. I won hands down on this sole basis presented for stopping my client. Had the prosecutor bothered watching the damn video that was the subject of his exclamatory note back to me, the judge may well have ruled this was a good stop. We won.

In another instance of bending the prosecutor out of shape, the prosecutor and I were talking with the drug chemist before our bench trial started. The prosecutor told the chemist that he did not have to show me page 10 of his notes. I challenged the prosecutor on the propriety of his telling the chemist that. The prosecutor got into a major huff and asked if I was saying the prosecutor was being unethical. I replied that this would be a non-issue if I simply got a chance to see every page of the chemist’s notes. (Yes, I could have simply subpoenaed the notes, but that would have assured the presence of this witness that I did not want in court in the first place). I had to contain my glee when after the judge overruled my objection to the police stop of my client’s vehicle — challenging the absence of any evidence of calibration of the cop’s speedometer used to pace my client — for speeding that the prosecutor decided to show how smart he was by revisiting that ruling favorable to the prosecutor, to teach me a lesson about the law and facts to show me how good a stop this was, by establishing the reliability of the speedometer. However, the cop had no evidence of any such calibration, saying that the car had just recently been acquired new. The judge changed his ruling to suppressing the stop of my client’s car. From the prosecutor’s fixation on me rather than on winning, we won!

When I send a detailed email to a prosecutor in pursuit a procedural or negotiating benefit, I am often doing that in writing rather than orally (1) for the prosecutor to give my proposal the thought it needs, rather than to cover his or her lack of initial knowledge or perception on the topic by interrupting me or declining my proposal and (2) knowing that the prosecutor might share my email with a supervisor or colleagues, who will then see my words undiluted. Similarly, some more wily prosecutors will fashion their plea offers and emails to me in the hope of bending my client out of shape or creating a wedge between me and my client. (And some prosecutors will speak loudly enough to me in the courthouse hallway for my client to hear — before I have a chance to tell the prosecutor to wait for my client first to step away — whether or not they intend for my client also to hear them.) As a Virginia criminal lawyer, I have an ethical duty to convey all prosecutorial settlement offers to my client, not matter how ludicrous, unreasonable, or even vindictive such a plea or settlement offer is, even if my client tells me not to forward him the prosecutor’s emails. What I can tell my clients is that neither the prosecutor nor defense is obligated to engage in settlement nor plea negotiations (let alone to engage in such negotiations in sensible nor reasonable fashion) and that we need at all times to keep our eyes on the prize of persuading the judge and jurors to our side even when engaging in any settlement negotiations.

The goal of the Virginia criminal defense is to kick ass

In my first week as a law student, I was talking with a down-to-earth third-year law student who got great grades and great job offers. He saw how I looked disappointed to hear him say that the ACLU commonly wants experienced litigators rather than to train new ones (when such work was among the possible paths I was considering.) When we finished talking, he proclaimed in all sincerity “Kick ass!” Hell yeah. As much as a trial lawyer colleague told me that he saw such wording as unnecessarily violent, I beg to differ. Pursuing kicking ass is a key to winning as a Virginia criminal lawyer, to the point that I am fond of saying that I have to buy several new pairs of shoes each year, after getting so much poop on my shoes from kicking ass. Once again, the ass kicking that needs to be done is not from a goal of inflicting pain on prosecutors and police, nor bending them out of shape, but to kick ass to the extent that is needed to win.

Fairfax criminal lawyer Jonathan Katz focuses on winning defense at every step and turn against Virginia DUI, drug, felony and misdemeanor prosecutions. Call 703-383-1100 for your free in-person initial consultation with Jon Katz about your court-pending case. Usually we can calendar you to meet with Jon within one business day of your call.

Posted in Jon's news & views and tagged Bending prosecutors out of shape, Sleight of hand in court, Trial readiness
← Story power- Virginia criminal lawyer on persuasion through storytellingDiluted is the Virginia definition of DUI | Driving under the influence →