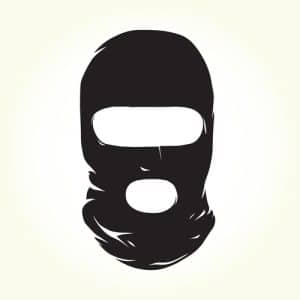 Challenging show up identifications under the Fourth Amendment is a must for criminal defendants whose guilt or innocence rises or falls on post-crime identification by the alleged crime victim or witnesses to the incident. Daquan Lamar Scott’s lawyers knew about and pursued challenging show up identifications, but Scott nonetheless got convicted of robbing a couple after they both identified him through a show up identification from his physique, clothing and the part of his face not covered by a ski mask, and after police found the recently-robbed iPhones in Scott’s pocket as well as a bullet cartridge used for the .22 revolver recovered from near where Scott ran away from the police. Scott v. Virginia, ___ Va. App. ___ (Jan. 30, 2018).

Scott was accused of a harrowingly terrorizing ordeal

As much as I know as a Fairfax, Virginia criminal lawyer that I am on the side of the angels with criminal defense, Scott‘s allegations in the appellate opinion are enough to freak out anyone who innocently pulls into a retail parking lot after dark. Here, Scott’s alleged victims drove to a CVS store. While the boyfriend was choosing a Redbox DVD, the robber opened the car door and put a handgun to the girlfriend’s head, and stole her iPhone and debit card. The robber then noticed the boyfriend, pointed the gun at him, ordered the boyfriend into the car, stole his iPhone, and threatened to kill them both if they did not look down at the ground. Scott.

Fairfax, Virginia, lawyer on unduly suggestive show up identifications and the totality of the circumstance for court reviews such challenges

Police identification lineups and photo lineups raise enough risks that crime victims will identify the wrong person as the perpetrator. Here, the victim identification of Scott was even more suggestive, because the police drove the victims right to Scott, close to where the robbery took place. In affirming, Virginia’s Court of Appeals underlines that the totality of the circumstances must be considered when the defendant is challenging show up identifications, reiterating its caselaw as follows: “‘Show-up identifications are not per se violative of constitutional rights, . . . and [they] will not be declared invalid unless a review of the totality of the circumstances shows a substantial likelihood of misidentification.’” Scott (citation omitted).

Particularly based on such a terrorizing ordeal, Scott’s trial lawyer did a magnificent job at obtaining a jury acquittal for two counts against Scott for allegedly using a firearm in the commission of a felony and obtaining a sentence of only five years consecutive for each of the two robbery victims, particularly where the jury recommending Scott’s sentence would have known about Scott’s prior convictions, which online for the same county (Portsmouth, Virginia) include a prior conviction for possession with intent to distribute cocaine, DUI, and a probation violation on a felony offense. Had this been a non- jury trial, Scott likely would have been hammered with a much worse sentence. However, in Virginia, a sentencing judge is barred from exceeding a jury’s sentencing recommendation. The sentencing judge may either keep the jury’s sentencing recommendation as is, reduced part of it, and/or suspend part of that recommended sentence.

Fairfax, Virginia, criminal lawyer Jonathan L. Katz pursues your best defense against felony, misdemeanor, and DUI charges. To discuss your case with Jon,  please call his staff at 703-383-1100 for a confidential consultation.