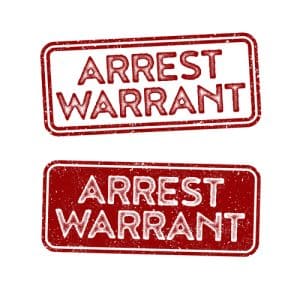 Court arrest warrants must never be ignored, as discussed in part one of this three-part blog article.

As a Fairfax, Virginia, criminal lawyer, I know that when a risk exists that the Virginia magistrate will not let the defendant be released on bail, the criminal defense lawyer needs to be ready to arrange a bond hearing before a judge as soon as possible, and for that lawyer or an agreed stand-in criminal defense lawyer to advocate at that hearing. The lawyer needs to know how to obtain a bond hearing as soon as possible. In Fairfax, Virginia, court, for instance, unless the judge considers bond at the initial appearance, a Fairfax General District Court bond hearing must be requested in writing by 3:00 p.m. the previous business day, and a Fairifax Circuit Court bond hearing must be requested in writing by noon the previous business day , with a notice to court services on the courthouse second floor, so that court services may prepare a bond report for the judge.

Turning oneself in can reduce concerns that the defendant will not return to court if released on bail or personal recognizance, says Virginia criminal lawyer

When a criminal defendant turns himself or herself in on an open court arrest warrant soon after the warrant is issued — when the warrant is not based on an alleged failure to appear in court, — that can reduce judicial concern that the defendant is a flight risk, in the determination of setting any bail and conditions of pretrial release.

This is part two of a three-part blog article. See part one here. Part three is our next blog entry.

Fairfax criminal lawyer / Arlington felony & misdemeanor attorney Jonathan L. Katz has successfully defended thousands of criminal and DUI defendants since 1991. Jon will be delighted to discuss your criminal case with you, by your scheduling an appointment through his staff at 703-383-1100.