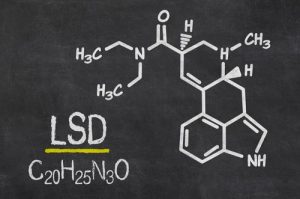 Drug sentencing court dates must include the criminal defense lawyer’s taking into account how vilified illegal drugs remain to this very day by so many people. As a Fairfax criminal lawyer, I know that marijuana has come a long way out of such vilification. Here are some ideas for unvilifying other drugs, to soften the perspective of prosecutors in prosecution and negotiation decisions, jurors and judges in verdict decisions, and judges and jurors in sentencing decisions.

In criminal cases, it is not only important for me to humanize my client and make him or her not come across as a monster, but also to tamp down the fear factor about any charged or convicted crime, including the fear factor behind illegal drugs. No, illegal drugs generally do not turn people into zombie humanoids, although such a powerfully dissociative drug as phencyclidine/PCP certainly takes particular work for reducing a fear factor.

Among the drug that can be particularly vilified with drug prosecution and drug sentencing– which I address further below for unvilifying them — are the psychedelic LSD/ Lysergic acid diethylamide, the psychotherapeutic MDMA (the main ingredient in ecstasy/molly), and the opiate heroin (introduced by Bayer in 1896 for coughs).

“LSD was first synthesized in 1938, by Albert Hofmann … at the Sandoz AG pharmaceutical company … [a]s an attempt to synthesize a circulatory and respiratory stimulant.” My teacher, from afar except for my only meeting with him, Ram Dass saw LSD as a way of briefly glimpsing the spiritual heights people can reach without drugs. LSD can be used to treat alcoholism and anxiety.

MDMA/ ecstasy often is typecast as a club drug that causes brain damage. In reality,”preliminary studies have shown that MDMA in conjunction with psychotherapy can help people overcome PTSD, and possibly other disorders as well.” The Multidisciplinary Association for Psychedelic Studies (MAPS) “is undertaking a roughly $25 million plan to make MDMA into a Food and Drug Administration (FDA)-approved prescription medicine by 2021.

Heroin is used by a wide cross section of society

Heroin is sometimes sought by those who get addicted to prescription Oxycodone (another opiate) and then cannot convince their doctor to overprescribe the Oxycodone. Consequently, heroin users come from a wide cross-section of society, and are not isolated to a bunch of crazed robbers mugging people for money for their next fix of smack.

The drug war is failed

The drug war has failed. It is time instead to tax, regulate, and heavily decriminalize the drugs that currently are treated as criminal to possess and sell without a prescription, and which clog up our courtrooms and jails, ruin lives through incarcerating young people for years at a time, drain our governmental budgets, and misdirect police and court resources from where they are needed most.

Fairfax drug defense lawyer Jonathan L. Katz in 1991 became a criminal defense lawyer after two years with a corporate law firm, exasperated over the failed drug war and devoted to serving the criminally accused. To discuss your case with Jon, please call his staff at 703-383-1100 to schedule a confidential appointment.