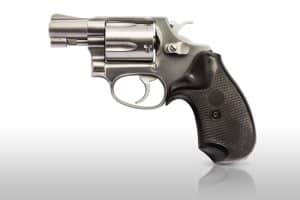 Firearm purchase applications — actually consent forms for firearm dealers to run police background checks of the purchaser of a handgun or other firearm — ask whether the purchaser has been convicted of a felony offense. Va. Code § 18.2-308.2:2. As a Fairfax criminal lawyer, I know that answering that question incorrectly with a negative response risks a prosecution for making a materially false statement on the firearm purchase consent form, punishable as a Class 5 felony, jailable up to ten years in prison. The same penalty applies to making a materially false statement firearm transaction records as may be required by federal law. Id.

Through my many years of defending people charged with handgun offenses, I have seen the tremendous thirst of so many people to possess handguns that they will knowingly risk conviction for unlawfully possessing them. Others will use poor judgment in being around people in unlawful possession of handguns and other contraband.

The Second Amendment to the United States Constitution certainly proclaims of a right to bear arms, including handguns, but the appellate courts are not going to interfere with legislation criminalizing convicted felons from possessing firearms.

Fairfax criminal lawyer Jonathan L. Katz believes in putting teeth into the Second Amendment in order to protect us under the rest of the Bill of Rights. To discuss you weapon or other criminal case with Jon, please call his staff at 703-383-1100 to schedule a confidential consultation.