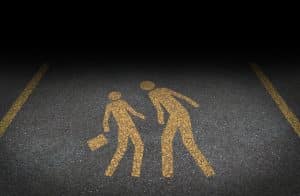 Harassment in one form or another risks a Virginia prosecution under one or more parts of the Virginia Code.  As a Fairfax criminal lawyer, I here address Virginia’s key statutes prohibiting such conduct. Among the most commonly used Virginia statutes in this category are those for allegedly violating a protective order / stay away order issued pursuant to Va. Code §§ 16.1-253.1 and 19.2-152.9, and related protective order statutess. See, e.g., Va. Code § 18.2-60.4.

Virginia’s phone harassment statute is at Va. Code § 18.2-427, and in pertinent part provides: “Any person who uses obscene, vulgar, profane, lewd, lascivious, or indecent language, or makes any suggestion or proposal of an obscene nature, or threatens any illegal or immoral act with the intent to coerce, intimidate, or harass any person, over any telephone or citizens band radio, in this Commonwealth, is guilty of a Class 1 misdemeanor.” As a Fairfax criminal lawyer, I know that any time a criminal code criminalizes threats, a First Amendment free expression analysis is an essential part of the defense lawyer’s case preparation. That analysis includes challenging whether the criminal defendants used  “fighting words” to permit a prosecution or not. Chaplinsky v. New Hampshire, 315 U.S. 568 (1942) (fighting words); Cohen v. California, 403 U.S. 15 (1971) (no crime occurs where a person merely wears a jacket proclaiming “Fuck the Draft” in a courthouse). Virginia law uses similar statutory language to the phone harassment statute, in criminalizing computer harassment. Va. Code § 18.2-152.7:1.

What conduct is barred by Virginia’s stalking statute?

Virginia’s stalking statute is a harassment-related law that provides in relavant part: “Any person… who on more than one occasion engages in conduct directed at another person with the intent to place, or when he knows or reasonably should know that the conduct places that other person in reasonable fear of death, criminal sexual assault, or bodily injury to that other person or to that other person’s family or household member is guilty of a Class 1 misdemeanor. If the person contacts or follows or attempts to contact or follow the person at whom the conduct is directed after being given actual notice that the person does not want to be contacted or followed, such actions shall be prima facie evidence that the person intended to place that other person, or reasonably should have known that the other person was placed, in reasonable fear of death, criminal sexual assault, or bodily injury to himself or a family or household member.” Va. Code § 18.2-60.3.  In that regard,  I know as a Fairfax criminal lawyer that in 2017 the Virginia Court of Appealsaffirmed a misdemeanor conv iction for stalking against Alfred Banks, Jr., who would not stop contacting D.B. despite D.B.’s firm, years-long replies of “not interested” and “do not contact me” that responded to his insistence that they were meant to spend their lives together. Banks v. Virginia,  67 Va.App. 273, 795 S.E.2d 908  (2017).

What Constitution limits are placed on prosecuting cross burning?

Virginia’s cross burning statute — which is a harassment-type statute — provides: “It shall be unlawful for any person or persons, with the intent of intimidating any person or group of persons, to burn, or cause to be burned, a cross on the property of another, a highway or other public place. Any person who shall violate any provision of this section shall be guilty of a Class 6 felony. Any such burning of a cross shall be prima facie evidence of an intent to intimidate a person or group of persons.” Va. Code § 18.2-423.

In 2002, the nation’s Supreme Court okayed Virginia’s cross-burning harassment statute because the law requires an intent to intimidate before a conviction can be obtained. Virginia v. Black, 538 U.S. 343 (2002). Black nevertheless reversed the that Virginia criminal defendant’s conviction for burning a cross on property with the owner’s permission, because the jury was instructed — in contravention of the First Amendment — that the very act of burning a cross was enough to allow a presumption that Black intended to intimidate.

Virginia Code § 18.2-423.2 is a harassment statute that prohibits displaying a noose in a public place with the intent to intimidate. Jack Euguene Turner got convicted under that statute, and the trial judge sentenced him to six months active jail time, with an additional four and one-half years of suspended jail.  Turner’s prosecuted action was hanging an African American person in effigy from a noose from his tree near the roadside to scare African-American people away. Turner v. Virginia, 67 Va.App. 46, 792 S.E.2d 299 (2016). As a Fairfax criminal lawyer, I know that rejecting such challenges by Turner as First Amendment argument, Turner affirms his conviction.

Fairfax criminal lawyer Jonathan L. Katz successfully defends against prosecutions for alleged Virginia felony, misdemeanor and DUI violations, regardless of the ugliness of the alleged or actual actions of the defendant. Call 703-383-1100 for a free in-person consultation with Jon Katz about your court-pending criminal or DWI case.