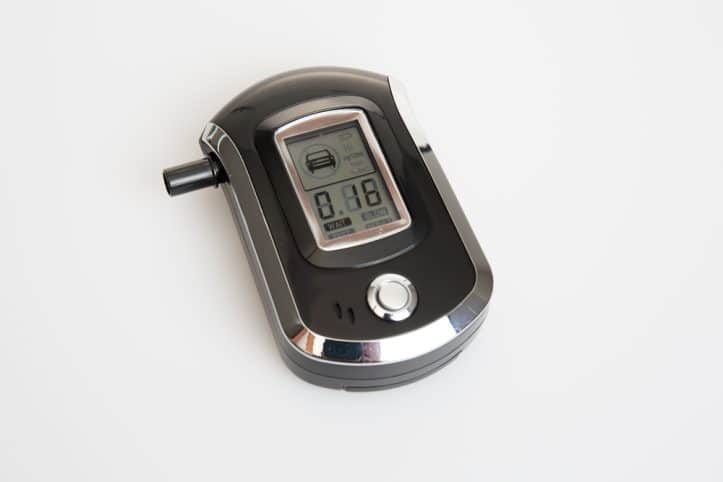 Interlock orders in Virginia- Handling them after finishing your DUI case

Interlock orders at first blush may weigh heavily on defendants in Virginia DWI trials prosecuted under Virginia Code § 18.2-266.  As a Virginia DUI lawyer, I know that sometimes an ignition interlock device (IID) order results from a deal that converts a DUI count to wet reckless, or from the option of driving with a DWI or reckless conviction where IID is the only restriction on one’s driving during the license suspension period. As much as I enjoy most discussing victories in court, DUI defendants need to know what they risk if convicted for such an alleged offense or for an amended charge of wet reckless, and how to handle being limited to IID driving for several months.

What is the first step I take if convicted of violating the Virginia DUI or reckless driving law?

Those convicted in Virginia General District Court and JDR court have ten calendar days to correctly file a notice of appeal, to have another bite at the apple by proceeding for a new trial in Circuit Court, this time by jury unless the criminal defendant and prosecutor waive a jury trial and proceed to a bench trial / judge trial. Until then, if you want to take advantage of having a restricted license during your license suspension period, one of your first stops after leaving the courtroom is to arrange to obtain a restricted license. As opposed to at least two Northern Virginia courthouses — let alone in other parts of the commonwealth — that do not usually provide a restricted driving license the same day of sentencing , Fairfax DUI defendants have among the easiest paths to receiving their restricted license, by simply visiting the General District Court traffic clerk’s office after being sentenced. Regardless of the location of your Virginia DUI trial, read on for further essentials to know for dealing with the ignition interlock device and restricted driving.

May I drive straight home after being sentenced for a Virginia DUI or wet reckless conviction, but before installing the ignition interlock device?

The courthouse for your Virginia DUI case often would be very expensive to visit by a taxi or Uber/Lyft, which makes it more convenient very often for defendants to drive to court themselves. If you get convicted for DUI or wet reckless and are required to drive only with the ignition interlock device, it will take until later in the day if even that early, to install the IID. That is why you want your Virginia DUI lawyer to ask the court for permission for you to drive straight home from court before the IID is installed. While there will be exceptions, in the vast majority of my cases, judges grant such a request. Some judges will simply mark in the record or elsewhere that such permission is granted. Other judges will make the sentence effective for an hour or more after the time that is needed for the defendant to arrive home. It will be great if the judge will also authorize you to drive yourself to install the IID, but only the minority of judges I deal with grant such permission. You can also check whether your selected IID company will come to your car for the installation.

Coordinating with VASAP to install the ignition interlock device

A Virginia DUI or wet reckless conviction requires registering with the Virginia Alcohol Safety Action Program (VASAP), which I have already railed against here. You will need to coordinate with VASAP for installing the ignition interlock device. If your selected IID company does not agree to install the IID for free, perhaps the company will change its mind if you respond that you will simply check with another company. (However, some cars have less common components or designs that do involve an installation fee by all IID companies.) If the IID company will not give you an appointment for the same day, or at least by the next day, that you call, you might see an earlier appointment time materialize when you state that you will check for an earlier appointment with another company.

Which IID company should I select?

Your selection of an ignition interlock device company should consider such factors as quality of the company, geographic convenience, and scheduling convenience. Without any scientific nor exhaustive research on my part — but at least with no complaints thus far from my clients — I do typically refer my clients to Draeger among the four available IID companies in Northern Virginia. Regardless of which IID company you select, remember that these are profit making entities that want to remain approved by VASAP, which means that when an alleged alcohol violation is detected on your IID, all the begging and cajoling in the world is not going to going to convince the IID company to not have the alleged violation reported to VASAP

How do I avoid an alcohol reading on my IID

Routinely, I promote to my clients and everyone else not to drive a motor vehicle within twenty-four hours of consuming beer, wine or liquor. While hopefully this time period is more than overcovering risk, it is cheaper and with less heartache to pay for a taxi or Uber to drive you home from a bar or restaurant than to be arrested, pay for a Virginia DUI lawyer, and face the consequences in court if not acquitted. If your ignition interlock device alerts to alcohol or if its interconnected video device shows someone other than you blowing into the equipment, beware what you say to VASAP about the event. VASAP is not your friend, and anything you say to VASAP is equivalent to telling it straight to the judge, who may hold a probation violation hearing — risking jail and other sanctions — on such allegations depending on the circumstances.

How long is my green paper Virginia restricted license valid?

Dealing with a Virginia DUI case sounds like a headache. What should I do to land on terra firma?

Yes, defending against a Virginia DWI charge — let alone dealing with the ignition interlock device — can be a big headache. An important component to returning to as much harmony as possible, and hopefully downright victory / acquittal, is to obtain a qualified Virginia DUI lawyer. Fairfax DUI lawyer Jonathan Katz has successfully defended hundreds of DWI defendants, this being a major part of his law practice. Call us in confidence at 703-383-1100 to schedule your free initial in-person consultation with Jon Katz about your court-pending case.