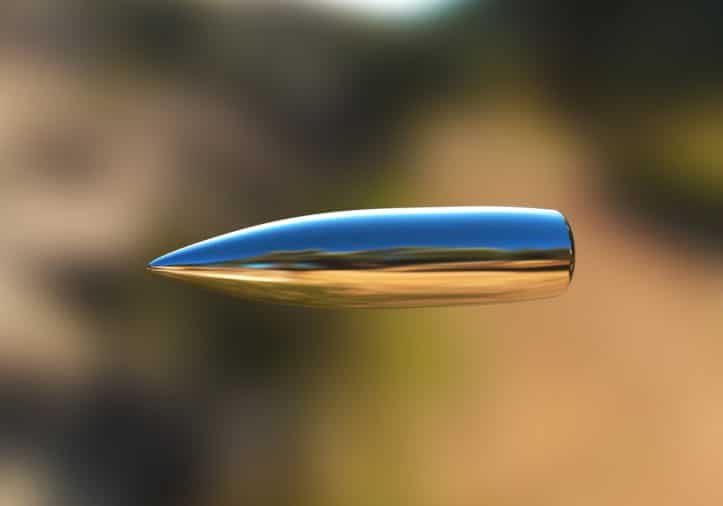 Shooting into an occupied building risks a Virginia felony prosecution and conviction. As a Fairfax criminal lawyer, I read with interest one of the more recent Virginia Court of appeals opinions that deal with several critical aspects of such defense. Meade v. Virginia, ___ Va. App. ___ (May 17, 2022). Meade paints a chillingly surreal picture that begins with Meade’s pulling into a motel parking lot to check on his overheated engine. While working on his car, Meade saw several people milling around the motel parking lot, and saw that one of them, Wills, had a handgun in his waist. Virginia being a land of Second Amendment protection, Meade just happened to have had his own firearm in the car, and similarly put it in his waistband, there on display for all to see the handle.

What does Virginia criminal law allow an assault victim to do, when the assailant also is armed?

The story gets more bizarre. Wills walked over to Meade, placed Wills’s handgun on Meade’s car, and then accused Meade of stealing from Wills. Then one of Wills’s cohorts handed Wills his gun. Wills then started assaulting Meade with his fists. Meade. A gun fired, and Wills ran towards his motel room. Meade got away, but Wills and his cohorts ran to Meade, got him onto the ground, and joined in hitting and kicking Meade. It didn’t stop there. A gunshot got fired (unknown whose gun fired the shot), Wills started running towards his hotel room. Meade painted his gun at Wills, and a car then hit Meade and knocked him to the ground. More back and forth took place, Wills again started running towards his hotel room. Just as Wills reached his hotel room, Meade fired two shots in Wills’s direction. Meade was able to then drive away, but not before Wills  ot around to shooting a bullet into Meade’s car door. Meade.

Shooting a gun into a motel can bring numerous criminal charges

Suffice it to say, Wills and his goons and their activity w0uld not have painted a sympathetic picture for Wills as an alleged crime victim. Nonetheless, the Virginia prosecutor did not go easy at all on Meade, having prosecuted him for maliciously firing at an occupied building (under Virginia Code § 18.2-279, attempted murder, attempted malicious wounding, and two firearm charges. At Meade’s bench trial, the judge convicted him for the malicious shooting charge, and acquitted on the remaining counts.

Meade’s appeal attacks the trial judge’s verdict as inconsistent, claiming the judge found Meade acted in self defense so therefore could not have been guilty, so therefore could not have been guilty of malicious shooting at an occupied building. Meade confirms that inconsistent criminal trial verdicts are permitted with a jury, but not at a bench trial. Meade proceeds to point out that malicious firing into an occupied building is a general intent crime, whereas the remaining (acquitted) counts are specific intent crimes, and that the general intent nature of the malicious shooting charge removed the possibility of an inconsistent verdict. Meade confirms: ”

What is the meaning of “malice” for the unlawful shooting into an occupied building statute?

The malicious firing into an occupied building statute provides: “If any person maliciously discharges a firearm within any building when occupied by one or more persons in such a manner as to endanger the life or lives of such person or persons, or maliciously shoots at, or maliciously throws any missile at or against any dwelling house or other building when occupied by one or more persons, whereby the life or lives of any such person or persons may be put in peril, the person so offending is guilty of a Class 4 felony” In that regard: “As the Supreme Court has observed, ‘the [malicious shooting int an occupied building] statute is meant to prohibit unlawful conduct, whether malicious or merely criminally reckless, which has the potential to endanger the lives of personsninside occupied buildings, without regard to the shooter’s actual motive or intent in unlawfully discharging a firearm.’” Meade. Furthermore, the Virginia Supreme Court ‘has long defined malice as ‘the doing of a wrongful act intentionally, or without just cause or excuse, or as a result of ill will.’” Meade (citations omitted).

Practical pointer: Going head to head with an assailant can spell serious injury and prosecution

Meade was arguable caught in a jam, unless his car was safe enough to have driven away earlier from Wills and his goons. Nonetheless, once Wills was at his hotel room door, Meade had the best chance yet to simply drive away. Instead, Meade fired two shots towards Wills’s motel room door. And now Mead has an unlawful shooting felony conviction.

Fairfax criminal lawyer Jonathan Katz fights for your best defense against Virginia DUI, misdemeanor and criminal prosecutions. Early on in your initial consultation with Jon Katz, you will see the command he has with criminal defense, and the deep caring he has for his clients. Secure your free initial in-person consultation with Jon about your court-pending case, by calling 703-383-1100,