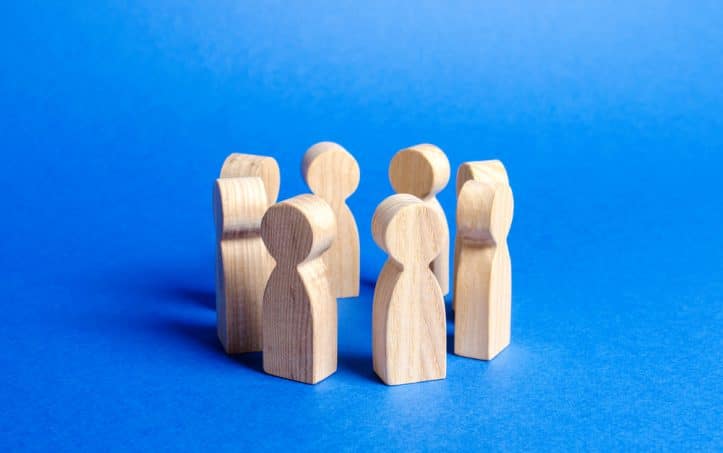 Virginia conspiracy prosecutions enable prosecutors to pursue convictions for both allegedly completed and uncompleted crimes, and therefore to expose criminal defendants to higher overall incarceration terms. As a Fairfax criminal lawyer, I know that conspiracy is most commonly prosecuted concerning alleged drug offenses.  I dissent that the criminal conspiracy definition is not set at a higher threshold, take strong exception to the caselaw liberally allowing jurors to know hearsay statements merely because they are made in the course of and in furtherance of the conspiracy, and am ready to tackle this and all other criminal prosecutions.

What is a Virginia conspiracy to commit a crime?

Virginia conspiracy “‘is defined as an agreement between two or more persons by some concerted action to commit an offense.’” Velez-Suarez v. Commonwealth,
64 Va. App. 269, 277 (2015) (quoting Feigley v. Commonwealth, 16 Va. App. 717, 722 (1993)). ‘[I]t is a rare case where any ‘formal agreement among alleged conspirators’ can be established.’ Carr v. Commonwealth, 69 Va. App. 106, 118 (2018) (quoting Johnson v. Commonwealth, 58 Va. App. 625, 636 (2011)). But where the Commonwealth can show that the defendants ‘by their acts pursued the same object, one performing one part and the others performing another
part so as to complete it or with a view to its attainment, the [fact finder] will be justified in concluding that they were engaged in a conspiracy to that object.’ Id. (alteration in original) (quoting Brown v. Commonwealth, 10 Va. App. 73, 78 (1990)).” Pulley v. Virginia, ___ Va. App. ___ (Dec. 28, 2021). Consequently, be careful with whom you associate and how you interact with them, lest you get dragnetted into a criminal conspiracy investigation, prosecution, and, worse, conviction and sentence.

Do hearsay rules exclude from my trial the alleged and actual statements of my alleged co-conspirators?

For your Virginia conspiracy trial, do not expect automatic legal protection against your alleged co-conspirator’s statements. A “statement made by the defendant’s co-conspirator ‘during the course and in furtherance of the conspiracy’  is not excluded by the rule against hearsay. Va. R. Evid. 2:803(0)(E); see also Rabeiro v. Commonwealth, 10 Va. App. 61, 63 (1990).” Pulley. Generally, ‘there must be evidence establishing a prima facie case of conspiracy before the declarations of a co-conspirator . . . may be admitted into evidence.'” Id. (citation omitted). Therefore, all sorts of damaging statements by your alleged co-conspirators are at risk of being heard by your trial jurors, and to bite you in the butt in ways you never imagined.

Pulley illustrates how lucrative can be the market in jails to traffic Suboxone (the brand name for the opioid  buprenorphine / naloxone). Of course, the risks of being caught in such a Virginia conspiracy prosecution are heightened with all communications by inmates — except attorney-client communications — being monitored and recorded. Pulley describes how jail visitors will somehow get the Suboxone to inmates through bringing them to the jail secreted in a bodily cavity (which I take to be the anus). Why does anyone want to ingest something that has been hidden in one’s anus? In any event, Pulley knew how to use codewords to get his friend to arrange to bring Suboxone to the jail for resale, but law enforcement authorities understand such lingo and got a search warrant that turned up a Suboxone quantity similar to what Pulley was asking his friend for, and the court allowed into evidence the words of Pulley’s friend that helped prove his alleged trafficking crime, by using the foregoing co-conspirator statement evidence rule. Pulley got convicted for attempted possession of a Schedule III drug by a prisoner, in violation of Virginia Code § 53.1-203, conspiracy to distribute a Schedule III controlled substance, in violation of Code § 18.2-248, and soliciting another to deliver a controlled substance to a prisoner, in violation of Code § 18.2-474.1.

If I get investigated or arrested for alleged criminal conspiracy, what should I do?

When investigated or prosecuted for an alleged Virginia conspiracy offense or any other crime, contact a qualified Virginia criminal lawyer. Fairfax criminal defense lawyer / drug attorney Jonathan Katz has successfully defended thousands of criminal defendants, and focuses nearly 100% of his law practice on representing those accused of Virginia DUI, felony and misdemeanor offenses. Call 703-383-1100 to schedule a free in-person confidential consultation with Jon Katz about your court-pending case.