Beware harsh probation conditions for those convicted of sex crimes 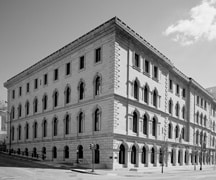 Soon after breathing a sigh of relief from being released from prison. criminal defendants then realize that their probation period will be no picnic.

Rarely is probation any less of a picnic than for those convicted of sex felonies. Consider Charles D. Douglas’s situation. For over fifteen years, he failed to register as a sex offender as required as a result of his Virginia state court conviction for aggravated sexual abuse in “arising out of the sexual abuse of a minor from January 1990 through February 1992, when his victim was between 10 and 12 years old.” U.S. v. Douglas, ___ F.3d ___ (4th Cir., March 9, 2017). Anyone reading about such abuse will be revolted, except for those inclined to cause such abuse.

Douglas went to extraordinary lengths to avoid registering as a sex offender and to avoid being found, including changing his name, moving from state to state, and avoiding any jobs that required him to provide identification.

The law caught up with Douglas, and in 2016 entered a guilty plea under 18 U.S.C. § 2250(a), for “failure to register as a sex offender under the Sex Offender Registration and Notification Act (‘SORNA’),” Douglas “was sentenced to 15 months in prison, followed by five years of supervised release. On appeal, Douglas challenges the district court’s imposition as a special condition of supervised release that he undergo a sex-offender evaluation.”

The Fourth Circuit in Douglas  had no problem upholding the trial court’s discretion to require sex offender evaluation as part of Douglas’s probation.

In fact, even if Douglas’s sex offender evaluation included “use of polygraphs and penile plethysmography testing [that is, seeing whether the probationer achieves an erection from certain stimuli that would give cause for pause]… as a part of the initial sex-offender evaluation, it would not change our analysis of the reasonableness of the district court’s exercise of its discretion to impose the condition in light of all of the circumstances and the goals of sentencing.”

Firm probationary treatment of those convicted of sex felonies is hardly limited to the Fourth Circuit. It is important for lawyers to advise their clients charged with sex felonies, that a probation period for a conviction for such a felony can be deeply invasive and uncomfortable, for starters.