Your immigration status is your business 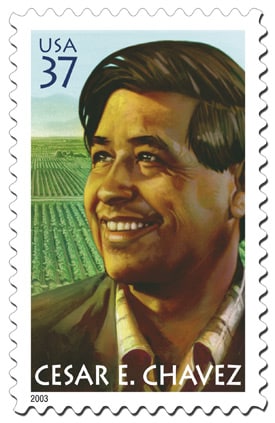 Certainly, people in the United States without legal authorization to be in the country should not answer such questions to people in the criminal justice system, including judges. In addition, people who are not United States citizens should beware of disclosing their immigration status to anyone in the criminal justice system, lest they be reported to immigration authorities upon being charged or convicted for an offense that could harm their immigration status.

United States citizens can stand up for immigrants by refusing to disclose their immigration status, as well, to those in the criminal justice system.

It also should be noted that under Article 36 of the Vienna Convention on Consular Relations, state and local officers are required to advise foreign nationals of their right to speak with a consular officer when those persons are arrested and held for longer than a short period of time.16 It is difficult —- if not impossible — to effectively provide that advice, mandated by treaty, without making an inquiry into the nationality of a person who is in custody.

However, just as judges may not inquire into one’s immigration status, https://katzjustice.com/judges-may-not-inquire-into-immigration-status-in-criminal-cases/, police may satisfy the Consular Relations Convention merely by advising an arrestee that if s/he is not a United States citizen, the person has the right to speak with a consular official. This avoids asking one’s immigration status.

I believe that the United States’ immigration laws are too crabbed against people who wish to immigrate here. I also believe that plenty of anti-immigrant sentiments thinly veil racist sentiments. My views on immigration law, policy and procedure are informed all the more by my involvement in law school in 1987 with the immigration law clinic, and my handling two deportation hearings at the time, representing a gentleman seeking asylum from Ethiopia, and a green-card holder fighting deportation after a cocaine felony conviction.

A huge number of non-citizens who are undocumented (that is to say, without documents showing they are in the United States with visas) are actually on their way to obtaining visas (or are awaiting the results of visa applications) or already have documented status without knowing it (including children of a person who obtained a green card without telling the child). Certainly, “illegal aliens” is an unfair term; nobody should be considered illegal merely because they are somewhere on the planet without papers to be there, and the only aliens should be beings from other planets. National boundaries are human-made and should not be permitted to hem people in too much.

Both United States law and international law protect political asylees from deportation. Most people who obtain political asylum in the United States are undocumented at the time they have applied for political asylum. Clearly, then, people who qualify for asylum -— and the U.S. government routinely denies asylum to people who merit asylum (the factfinding is done at the Executive Branch level, not at the judicial level, unless an Article III court will re-visit such factfinding on appeal), including for cynical political reasons (e.g., often people are more likely to win asylum if they are from a country whose government is at odds with the U.S. government, versus a government that is a U.S. ally) —- certainly do not merit being called “illegals”, for instance.

The anti-immigrant movement is hot to trot to marginalize undocumented people (and often to lump documented people in with them) as rule-breakers greedily seeking economic benefits in the United States while disrespecting non-citizens patiently waiting abroad sometimes for years for approval of their visa applications. In reality, plenty of immigrants still are escaping non-economic misery, and not just economic misery. Moreover, such economic misery often is created in significant part by the demand of U.S. consumers —- backed up by U.S. government support for governments permitting inhumane working conditions — for overseas goods produced cheaply as a result of underpaid labor often required to work inhumanely long hours in horrid conditions (not least of which might involve severely limiting any breaks, let alone bathroom breaks). Just see what happens when you google “Nike Indonesia”. It sounds disingenuous at best to benefit from the misery of such mistreated workers and then to bar them from entering the United States to escape such misery.

Anti-immigrant propagandists who try to portray non-documented people as money seekers, want people to forget those fleeing from wartorn zones, brutal governments, brutal courts, brutal jailers, and brutal military members. Refugees from Darfur and Burma —- as examples —- are fleeing oppression that goes far beyond the economic.

We are a nation of immigrants. The only people in the United States who can trace their roots to non-immigrants are Native Americans, and even their ancestors apparently arrived from other continents way back when. We honor immigrants and immigrants’ rights when we refuse to answers questions by police and judges about our immigration status.

Posted in Criminal Defense
← “The life of lawyering is filled with noise and turmoil. Peace is hard to find.” – John JohnsonBeware of riding in a stolen car →