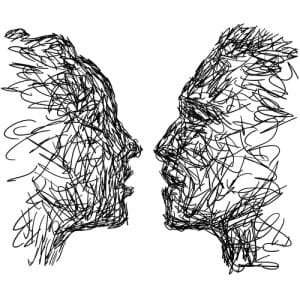 Assault defenses in Virginia include demonstrating that the defendant’s touching was “justified or excused”. Perkins v. Virginia, 31 Va. App. 326 (2000). As a Fairfax assault lawyer, I know that although a “kiss is still a kiss” (as sung by Sam Casablanca), an unwanted kissing attempt can make a criminal defendant sigh over his prosecution predicament.

Assault defenses and the definition of assault

This means that it is not a crime to accidentally brush against someone while walking through a crowded airport. Nonetheless, the criminal justice system makes it possible for innocent people to get convicted, so it is best to not accidentally touch anyone.

I remind everyone that “no means no” not only in rape cases but in all prosecutions for assault. Although hackneyed, public schools’ admonition that students keep their arms and legs to themselves makes perfect sense to avoid becoming a defendant accused of assault (formally known as assault and battery).

Donald Kelley “grabbed [Jasmin Hester’s] face and turned it towards him as [she] was saying no, no, no and leaning back away from him [while he] attempted to kiss [her].” Kelley. As a result, Kelley got prosecuted, convicted at a Virginia Circuit Court bench trial, and fined for assault. Affirming Kelley’s assault conviction, the Virginia Court of Appeals stated that “it was entirely reasonable for the court to conclude that the appellant intended to act in a rude manner and did so when he grabbed the victim’s face and attempted to force a kiss on her.” Kelley.

Caution about the absence of assault defenses in our hugging culture

Kelley serves as a warning to people in our hugging culture, that even though refusing hugs can risk backlash in certain situations, attempting unwanted hugs and kisses can lead to charges of assault and sexual harassment.

Fairfax criminal lawyer Jonathan L. Katz has successfully defended many people accused of assault, which is a damning claim. To discuss your felony or misdemeanor case with Jon Katz, please call his staff at 703-383-1100 to schedule a confidential consultation.