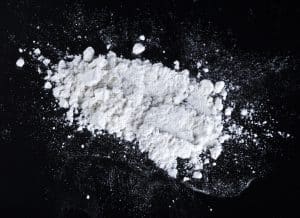 Cocaine is what Ella Fitzgerald gets no kick out of , but in Virginia, a conviction for the mere possession or use of cocaine or any other Schedule I or II drug kicks the defendant with a Class 5 felony offense carrying up to ten years in prison.

As a Virginia criminal lawyer, I warn people about knowingly going anywhere where illegal drugs are present, or near anyone they know to carry illegal drugs, despite my believing in the need for drug legalization and decriminalization.

As a Fairfax, Virginia, lawyer having defended hundreds of people charged with drug crimes, I know that the law does not permit a conviction for possessing drugs or other contraband without proof beyond a reasonable doubt of knowledge, dominion and control over the contraband.

However, jurors sitting at jury trials and at least some judges handling bench trials can be resistant to letting a drug defendant off the hook merely because the defendant might not have known of the drug’s presence or that the substance was an illegal drug, which resistance is a higher risk with all sensitive criminal cases.  Once determination of guilt is on the edge under such circumstances, many judges and jurors will simply presume such knowledge of the drug defendant, and leave it to the criminal defendant to explain otherwise, despite the presumption of innocence that must govern criminal trials.

A criminal defendant caught on camera and by one hundred eyewitnesses yelling at the top of the defendant’s lungs that the big bag of white powder in his hands is cocaine, is akin to standing right on the sun ready to be scorched to ashes. A criminal defendant arrested in the back of a full bus where the same cocaine is found in a backpack near the front passenger is akin to being many stratospheres away from the sun. The state of Virginia’s caselaw on the constructive drug possession is imperfectly similar to that solar scenario.

In that regard, Virginia’s Court of Appeals in 2006 found insufficient evidence to convict an automobile passenger for cocaine possession where the evidence against him at worst showed that he was a passenger for an unknown period of time with cocaine located in plain view atop the console but where it was too dark for him to have seen the cocaine. Coward v. Virginia, 48 Va.App. 653 (2006).

Fairfax criminal attorney on the plights of Coward and Ervin

“Here, unlike in Coward, the evidence at trial did present other facts and circumstances permitting the trial court to draw the conclusion that appellant was aware of the presence and character of the marijuana in the glove compartment—and these facts and circumstances may be considered in addition to appellant’s occupancy of the vehicle and proximity to the marijuana. Based on the combined force of these concurrent and related circumstances, the trial court’s finding that appellant had guilty knowledge of the marijuana in the glove compartment was not plainly wrong or unsupported by the evidence.”

Virginia criminal lawyer Jonathan L. Katz has successfully defended hundreds of clients prosecuted for alleged drug offenses, and thousands of criminal defendants total. Jon Katz will be delighted to discuss your case with you, through a confidential consultation scheduled through his staff, at 703-383-1100.