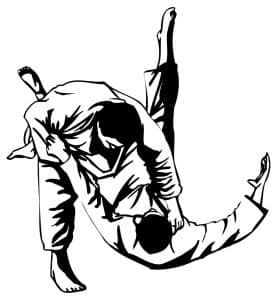 What is assault and battery in Virginia?

Assault is often called assault and battery, even though every battery is an assault, but not every assault is a battery. In Virginia, the crime of assaulting police or anyone else is “an overt act intended to do bodily harm to another together with the present ability to cause such harm [or] an overt act intended to place a person in fear or apprehension of bodily harm that creates in him a reasonable fear or apprehension.” Virginia Model Criminal Jury Instruction 37.350.

What is battery in Virginia?

Battery in Virginia can even include directing a laser beam at a person’s eye, if that causes physical discomfort to the alleged victim. Adams v. Virginia, 33 Va. App. 463  (2000) (affirming conviction for assaulting police). “A battery is an unlawful touching of another. It is not necessary that the touching result in injury to the person. Whether a touching is a battery depends on the intent of the actor, not on the force applied… An assault may occur even though the victim is not aware of any acts directed at him, provided the actor intends to touch offensively rather than accidentally or negligently.” Adams, 33 Va. App. at 468-69. “‘[T]he slightest touching of another … if done in a rude, insolent, or angry manner, constitutes a battery for which the law affords redress.’ Crosswhite v. Barnes, 139 Va. 471, 477 (1924) (citation omitted). ‘[W]here there is physical injury to another person, it is sufficient that the cause is set in motion by the defendant, or that the [victim] is subjected to its operation by means of any act or control which the defendant exerts.’ ‘The law upon the subject is intended primarily to protect the sacredness of the person, and, secondarily, to prevent breaches of the peace.’ Banovitch v. Commonwealth, 196 Va. 210, 219 (1964) (citations omitted).”  Adams, 139 Va. App. at 469.

How can shining a keychain laserbeam constitute assaulting police?

Jeremy Britt Adams was a high school senior who admitted to having shined a laser beam at a school police officer’s face as a way of goofing off to get the officer’s attention. Unfortunately for Adams, the prosecutor had the opportunity to paint a more sinister intent by Adams, due to Adams’s admission on the witness statnd that he did not get along well with the law enforcement officer, who Adams testified had previously given him a hard time. In affirming Adams’s conviction for assaulting police, the Virginia Court of Appeals stated:

“Accordingly, we hold that for purposes of determining whether a battery [here for allegedly assaulting police] has occurred, contact by an intangible substance such as light must be considered in terms of its effect on the victim. There need be no actual injury for a touching to have occurred. However, to prove a touching, the evidence must prove that the substance made objectively offensive or forcible contact with the victim’s person resulting in some manifestation of a physical consequence or corporeal hurt.”  Adams, 139 Va. App. at 470.

Is it assault in Virginia to use a strong camera flash or to blast one’s car stereo too loud?

I think that dissenting judge Lemons had the better view in this Adams assaulting police case, but of course dissents do not win but instead can provide seeds for action in later appellate opinions: The two-judge “majority redefines ‘touching’ for the purpose of common law battery. Although the reasoning is logical, it is unwise, because the unintended consequences may reach too far. Will the next prosecution for battery be based upon failure to dim high beams in traffic, flash photography too close to the subject, high intensity flashlight beams or sonic waves from a teenager’s car stereo? Rather than stretch the boundaries of the common law understanding of what is necessary for a ‘touching’ to occur, criminalizing  conduct that involves intangible objects put in motion should be left to specific legislative action rather than generalized redefinition that may sweep into the ambit of criminal behavior conduct that is not intended.” Adams, 139 Va. App. at 471 (Lemons, J., dissenting).

Is it assault if you do not first tell a trespasser to leave?

Latoya Carter learned the hard way that even if a law enforcement officer is trespassing on one’s property, that does not preclude a conviction for assaulting police nor anyone else. With Ms. Carter, a police officer arrived at Carter’s home in response to a call for assistance. The law enforcement officer arrived to find appellant yelling at two people from the doorway to her home. Carter tried closing her door, but the officer prevented that with his foot, telling her he was going to talk to each person one at a time. Police officer Reed told Carter he was still investigating, to which Carter replied “I don’t give a fuck if you’re not done or not, bye.” Carter then tried closing the door on the officer’s foot at least two more times. The officer then “pushed through the door and told t[Carter] not to slam the door on him… Reed attempted to handcuff the appellant, but she resisted and began ‘fighting against [him].’ While the officer tried to get the appellant under control so that he could continue to investigate the incident, she elbowed him three times and hit him in the chest and arm.” Carter v. Virginia, Record No. 1559-19-3 (Va. App., Aug. 18, 2020) (unpublished).

Is saying “I don’t give a f*** if you’re done or not, bye” constitute ordering a trespasser to leave one’s home?

The incident video in Carter’s case clearly shows her assaulting police officer Reed. That left her to argue that she was using reasonable force to eject a trespasser. However, the Virginia Court of Appeals affirmed her conviction, confirming that force cannot be used on a trespasser before telling the person to leave, and that Carter’s saying “I don’t give a f*** if you’re done or not, bye,” to Officer Reed did not constitute telling him to leave.

Is it best to create substantial physical distance between you and the police if not arrested nor ordered otherwise by law enforcement, to avoid a prosecution for assaulting police? Yes

Consequently, to not have even an accidental touching of a police officer lead to an arrest for assaulting police, it is best to create a substantial physical distance between you and a police officer if not arrested nor ordered otherwise by a police officer. Similarly, it is best to keep one’s hands to one’s side or in another calm position when in the presence of police, so as not to be accused of making assaultive gestures to a police officer. Ours is a society where police are supposed to serve the public rather than the opposite — even though we owe due respect to everyone — but under the current state of the law, this is the wisest way to interact physically with police.