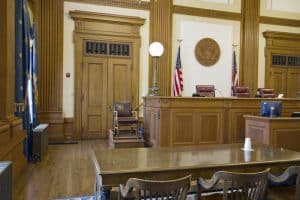 Virginia emerges further from the evidence discovery dark ages, but still has further to go

Until the expanded update to the commonwealth’s criminal discovery rule for felony Circuit Court matters, Virginia was in the dark ages concerning the type of information and documentation that prosecutors must turn over to the defense. That changed dramatically on July 1 for such Circuit Court cases with the expansion of Va. S. Ct. Rule 3A:11. However, Virginia remains entirely in the dark ages for misdemeanor case discovery, with its crabbed Va. S. Ct. Rule 7C:5. I deeply thank Richmond criminal defense lawyer Douglas Ramseur for having led the way to this felony discovery breakthrough.

Here is the Fairfax standard felony Circuit Court discovery order that tracks the foregoing update. Lawyers are free to modify this form order, and judges are free to accept or reject such modifications. Practice tip: For Virginia felony cases that were indicted before July 1, criminal defense lawyers will want to present new discovery orders to be signed by judges if their current discovery orders track the pre-July 1 narrower discovery rules.

Before July 1, 2020, a Virginia criminal lawyer could not obtain a records subpoena / subpoena duces tecum without a judicial signature. With the law update, lawyers may issue their own records subpoenas in criminal cases. The form for doing that is here.

The deaths of George Floyd, Ahmaud Arbery, and Breonna Taylor have led to a special August 2020 Virginia legislative session to update criminal law to benefit criminal defendants. Democrats control both houses of the commonwealth’s legislature and the executive branch. Some key Virginia Senate Democratic Caucus agenda items include: Banning no-knock search warrants, ban chokeholds and strangleholds of suspects and arrestees, require police officers to intervene when their colleagues use excessive force, convert the crime of assault on a police officer to a misdemeanor offense, and barring judges from preventing prosecutors’ defendant-consented dismissal of criminal charges.

On top of that, the Virginia Senate Democratic Caucus is considering the following legislative update for the early 2021 session:  eliminating mandatory minimum sentencing, restoring parole, expanding the counties that have public defender systems, and paying public defenders no less than prosecutors,

Pinch me. If the foregoing legislative matters pass, this will be a major breakthrough for criminal defendants and civil liberties.