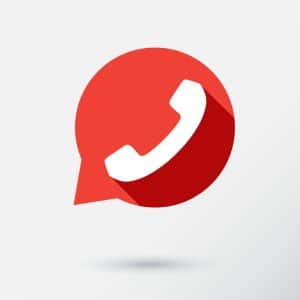 Anonymous tips are given too much currency by courts, and Fairfax criminal lawyer says that amounts to more drug and weapons convictions

Anonymous tips are often the bread and butter of police officers investigating crime. As a Fairfax criminal lawyer, I know that police particularly rely on such tips in their efforts to arrest and prosecuted people for crimes including drugs, weapons, and assault running from simple battery to murder.

I often rolls my eyes at political reactionaries lambasting the United States Supreme Court as a barely-regulated group of nine unelected people legislating from the bench. At the same time, I myself frequently get exasperated over the excess of Bill of Rights-damaging criminal law opinions that come from the pens of SCOTUS justices, who admittedly include many book-brilliant well-experienced overachievers, but few of whom have ever represented a criminal defendant. Those numbers are only a little better on the lower federal courts. Today I address the travesty of SCOTUS anonymous tipster caselaw.

SCOTUS and lower appellate court opinions have enabled an atmosphere providing excessive power in police — even if right out of the police academy — to in an instant assess the credibility or not of an anonymous crime tipster or of a civilian the officer knows who provides a crime tip with little or no details provided to the police to support the tip. This nauseating state of Fourth Amendment-narrowing affairs finds a foundation in the 6-3 1990 SCOTUS case of Alabama v. White, 496 U.S. 325 (1990), with Justice Stevens (appointed by Republican President Ford) dissenting, and joined by my late heroes Justice Brennan (appointed by Republican President Eisenhower) and Justice Marshall (appointed by Democratic President Johnson).

In Alabama v. White (penned by the unrelated Justice Byron White, appointed by President Kennedy in the days when presidents often did not seek political clones on the high court), a police officer “received a telephone call from an anonymous person, stating that Vanessa White would be leaving 235–C Lynwood Terrace Apartments at a particular time in a brown Plymouth station wagon with the right taillight lens broken, that she would be going to Dobey’s Motel, and that she would be in possession of about an ounce of cocaine inside a brown attaché case.” Police stopped White as her car (matching the foregoing anonymous tipster description and route) drove in the direction of that motel. She consented to a police search of her car (do not do that), which yielded discovery of an attaché case with marijuana (the tipster said cocaine) and 3 mg. of cocaine (a tiny amount) in her handbag.

With the following words, SCOTUS in White cemented a police culture of stopping suspects for nothing stronger than the foregoing evidence: “Although it is a close case, we conclude that under the totality of the circumstances the anonymous tip, as corroborated, exhibited sufficient indicia of reliability to justify the investigatory stop of respondent’s car. We therefore reverse the judgment of the Court of Criminal Appeals of Alabama and remand the case for further proceedings not inconsistent with this opinion.” White (emphasis added). You heard that right: A “close case” has yielded havoc on the Fourth Amendment and criminal defendants.

Crying out for en banc reversal and review by the right Supreme Court lineup is the recent Fourth Circuit affirmance of a conviction for possession of a firearm by a felon, that followed a stop of a man for nothing more than the following report: A bystander at an assault scene in a bar parking lot informed a police officer “that a black man wearing red pants and a black shirt had a gun and was leaving the scene walking eastbound on Fourth Avenue.” U.S. v. Mitchell, ___ F.3d ___ (June 30, 2020). “Another officer heard this report and, within one minute, saw a man matching the description: Mitchell. The officer stopped and frisked Mitchell, found a firearm on his person, and took him into custody.” Mitchell relies on anonymous tipster caselaw in affirming the conviction.

Why are police stopping a man for an anonymous tip of presumptively lawful activity?

Even though the carrying of a concealed handgun is presumptively lawful in the state where Mitchell was found with this weapon, the 2-1 Mitchell majority concludes (1) it cannot be overlooked that Mitchell was leaving the scene of an assault and (2) the tip was sufficient to stop and frisk Mitchell. Not helping Mitchell as to this second item is Mitchell’s reliance on a 2000 Fourth Circuit case in the anonymous tipster vein, that okays a gun-finding police frisk based on nothing more than an intoxicated woman telling police that people on a porch two doors down had drugs and guns. U.S. v. Christmas, 222 F.3d 141 (4th Cir. 2000).

Praised be dissenting Judge Wynn, whose opening volley in this Mitchell case relying on anonymous tipster caselaw is: “The facts in this appeal show that although around thirty people were involved in a bar brawl, police officers responded by stopping only one person—Mitchell—who was reportedly carrying a gun a full block away from the fight. There was no evidence that Mitchell was involved in the bar brawl. Nor was there any evidence that he was involved in the reported assault.”

Rejecting the tip in Mitchell, Judge Wynn underlines: “Here, nothing in the record suggests that the tipster knew Mitchell or that there was any way for the officers to follow up in the event of a false report. As such, there was little potential for accountability. Furthermore, like Smith, the bystander provided no information specifically linking
Mitchell to criminal activity. The bystander’s description comprised only Mitchell’s race, gender, and clothing; the direction he was heading; and that he had a gun. The Supreme Court has held that providing ‘easily obtained facts and conditions existing at the time of the tip’ is insufficient to support reasonable suspicion. Alabama v. White, 496 U.S. 325, 332 (1990). Here, too, the bystander tip at most provided information that could ‘identify a determinate person.’ Florida v. J.L., 529 U.S. 266, 272 (2000). As such, the accuracy of the tip’s description is irrelevant because the tip tells us nothing about any criminal activity specific to Mitchell.” The tip’s not being anonymous provides no reason to rule otherwise.

I agree with dissenting Judge Wynn, and hope that Mitchell is reversed en banc or by the Supreme Court, and that anonymous tipster testimony gets reigned in by the appellate and trial courts.