Virginia DWI lawyer for Fairfax County, Arlington County and Beyond 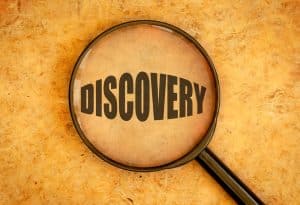 Discovery rules tell prosecutors what information (and when) they must provide defendants — through their lawyers — prior to trial. As a Fairfax DUI lawyer, I know that the Virginia discovery rules remain too narrow.  In Virginia district court, the defense is only entitled to receive discovery in the form of the DUI or criminal defendant’s statements to the police and criminal record. DWI and criminal defendants always are entitled on request to receive exculpatory evidence within the provisions of Brady jurisprudence. I also know as a Fairfax DUI attorney that circuit court discovery rules in the commonwealth — which are slated to expand later this year, but not applicable to district court cases for the expansion — has more extensive discovery rules than that, but (before this expansion) still does not provide for disclosing statements of prosecution witnesses prior to cross examining them.

Fairfax DUI attorney says that open file discovery is not enough. Prosecutors and police need to actively and exhaustively seek and provide discovery

Some Virginia prosecutors’ offices provide what they call “open file discovery”, meaning letting criminal and DUI defense lawyers see all the evidence that the prosecutor has, sometimes with redactions. Open file discovery needs to be coupled with due diligence by prosecutors in obtaining all discoverable evidence and timely providing it to the defense.

In one Virginia DUI trial I learned only during my cross examination of the arresting police officer of the existence of an incident video that I had not previously been provided nor told about. I do not suspect any foul play here, rather than a very busy police officer who perhaps had overlooked this or a very busy prosecutor who had only that same day been assigned the case. In the end, I obtained a brief trial continuance, reviewed the helpful video, and won the trial.

Without sufficient pretrial inquiry, prosecutors will be playing catch up in providing discovery

Sufficient funding, personnel hiring, and staffing is needed for criminal and DUI prosecutors to timely and fully provide the defense with all discovery to which the defense is entitled. Police are too busy and undertrained for prosecutors to over-rely on police for that function.

In one recent instance — in a county where the prosecutor’s office provides open file discovery — the prosecutor did not learn until the trial date of additional police questioning of my client. The cause of that delay probably was similar to what caused my not being provided the video evidence in my above-referenced Virginia DUI trial. Here again, I got a trial date continuance and ultimately obtained a great result.

In another instance, the reporting police officer had not checked until the court date whether one of his team members had video evidence of surveillance of my client. I had to obtain a court date continuance to receive that video evidence. Of course it would be great if police would be responsive to such inquiries pretrial from me rather than the prosecutor, but most want to deal with prosecutors for such pretrial inquiries.

The above instances by themselves are sufficient to show why criminal and DUI lawyers need to make searching discovery inquiries of both prosecutor and police, independently investigate the case, obtain timely discovery orders from the court, and make affirmative Brady evidentiary demands to prosecutors, in order to obtain the evidence they need to obtain as much victory as possible.