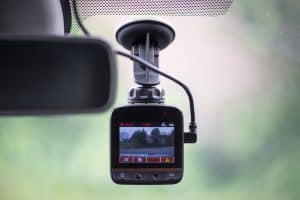 Videotape evidence is essential for a DUI lawyer/ criminal defense attorney to obtain, except in the rare circumstances where the evidence can be sufficiently expected to be more harmful than helpful AND where the prosecution will not have such evidence absent the defense’s seeking it. As a Virginia DUI lawyer, I have experienced the difference between having and not having video evidence in obtaining acquittals for my clients.

Clearly, police should not tape over, lose, nor destroy videotaped nor other criminal case-relevant evidence. However, at the very least, potential technical issues with videotape preservation alone make it important that the criminal defense lawyer take early steps to protect against such loss of essential evidence. Soon after I am hired by a DUI or other criminal defendant, I deliver to the police and prosecutor’s office a letter calling on all videotaped evidence to be preserved, commonly including: “This letter puts you on notice to preserve all photographic, video and film images, and all recorded audio in the above-listed case.”

Furthermore, a DUI/criminal defense lawyer wants to assure that s/he has obtained all videotape and other evidence in the case that the defense is eligible to obtain. For instance, sometimes more than one police officer’s videotaping unit is in operation, so all such videotape evidence should be sought. Additionally, sometimes privately owned video cameras — for instance at business and homes — may have taped parts of the incident, making the defense able to seek such video footage through the subpoena duces tecum process.

Videotape evidence does not show everything happening in the incident

Video evidence does not depict the entire incident. For instance, where I practice Virginia DUI and criminal defense, police traffic incident videos typically do not start more than around a minute before the police officer activates emergency lights and/or sirens. That practice deprives the defense of seeing the defendant’s driving behavior from an earlier period of time, when police often testify that they saw a first traffic/moving violation (to justify the traffic stop) more than a minute before the time that the preserved video starts.

Dashcams and body cameras only show one view

The Virginia police videotape evidence that I obtain typically involves dashcam and or body camera evidence. Numerous times, the police officer does not position his or her dash camera and/or the suspect so that the camera shows the defendant’s behavior on the scene. Body cameras take close-up video, but can depict too narrow a field of vision and miss critical wide angle views

Audio often is less than ideal

Additionally, the audio part of police videotape evidence is not always clear. On several occasions, police have told me that they overlooked turning on the audio recording mechanism on their videotaping equipment. In other instances, a police officer’s body audio is not functioning well if at all, or is mainly recording what the officer rather than suspect is saying. Sometimes, traffic and other outside noises reduce being able to hear what the officer and defendant are saying. In other instances, the office has left his or her radio playing, leaving me to find the playback mute button to reduce the music playing in the officer’s cruiser.

As imperfect as video evidence often is, closely reviewing such evidence is critical for me as a Virginia DUI lawyer, to better understand the strengths and weaknesses of each side’s case, to exploit that evidence to my clients’ best advantage, and to show the video evidence at trial when that might make the difference between conviction and acquittal.

Virginia DUI lawyer Jonathan L. Katz pursues your best defense for DWI, felony and misdemeanor cases. To discuss your case with Jon Katz, please call his staff at 703-383-1100 to schedule a confidential consultation.