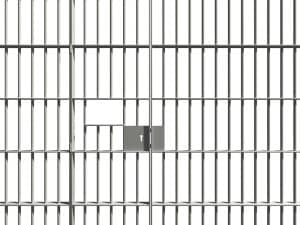 Incarceration time and convictions are what my clients and I fight mightily to avoid. Nonetheless, as a Virginia criminal attorney, I know that the jails have inmates, and they want to know when they will be released.

If Sid from the above example enters the jail on a Wednesday, he will be released on the following Friday (two days later). What time will Sid be released? That depends on the jail and the surrounding circumstances. In Fairfax County, he should be released from incarceration by 8:00 a.m., In Arlington County, Sid likely will be released by 9:00 a.m. In Loudoun County, Sid’s release time depends on whether he was taken into custody in the morning or afternoon.

I tell my Virginia misdemeanor inmate clients to ask the jail — by the second morning they are in  jail — for their expected release date, and I check as needed for that date through the jail records office. If their release date seems incorrectly calculated, I can intervene by seeking relief from the jail and/or court.

If Sid in the above example had instead received a sentence of 180 days suspending 178 days, he would have been due out of jail the same day he entered. ((2 days active jail time x 1/2 = 1 day) minus 1 day time served credit for Sid’s arrest date = 0 days). Under that circumstance, I will check with the court and/or courthouse sheriff’s personnel about the possibility of keeping my client in the courtroom or courtroom lockup to calculate and effectuate his release, with the goal of an earlier release than first going to the jail. When my client is due out of incarceration the same day he enters, I follow up to assure that the courtroom clerk or court clerk’s office has timely provided a jail card to the jail records office, that the jail records office has received the jail card, and that my client’s correct release date has been calculated.

Nobody wants to spend any incarceration. Everyone wants to get out of jail as soon as possible. One’s criminal defense lawyer can fight to avoid or minimize jail time.