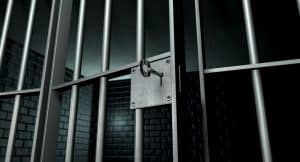 Child pornography will always be a strong focus of federal and state prosecutors. As a Virginia criminal lawyer, I warn people interested in child pornography to obtain any necessary psychological or other help to stay away from it. To those interested in adult pornography, I warn that plenty of teenage minors (including Traci Lords when she falsified herself to be an adult) look like adults, so you also are warned.

The Virginia code states that child pornography “means sexually explicit visual material which utilizes or has as a subject an identifiable minor.” Va. Code § 18.2-374.1.

“Nudity  means a state of undress so as to expose the human male or female genitals, pubic area or buttocks with less than a full opaque covering, or the showing of the female breast with less than a fully opaque covering of any portion thereof below the top of the nipple, or the depiction of covered or uncovered male genitals in a discernibly turgid state.” You read that right, that child pornography can even include a bare-breasted teenager, so long as the image is a “lewd exhibition of nudity.” Va. Code § 18.2-390(2).

This month, the United States Court of Appeals expanded on the meaning of lasciviousness (similar to the Virginia Code’s focus on lewdness) in determining whether material is child pornography. U.S. v. Courtade, ___ F.3d ___ (4th Cir. 2019). Instead of giving a definitive broad-based definition of child lasciviousness, Courtade finds that the video imagery of a nude teenage minor in a shower was certainly child pornography where the defendant fooled the minor into seeing if his waterproof camera was indeed waterproof by telling her the running camera was off, aiming the camera at her genitals, and then having her hold the camera in positions that would video her genitals.

Even though Courtade got a favorable plea deal for possessing rather than producing child pornography, his sentencing guidelines exceeded the ten-year maximum available for such sentencing, possibly because he had a significant prior conviction history. Child pornography prosecutions require capably aggressive defense.