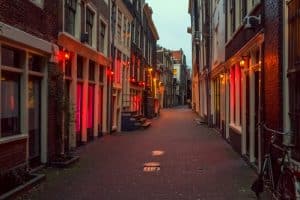 As a Fairfax criminal lawyer, I know that the state of national, state and local civil and criminal law affecting commercial sexual activity make it vital to consult with a qualified lawyer before engaging in such activity. First getting advice — and then ongoing advice as needed — with a qualified lawyer can help reduce the risks of running afoul of the laws covering child pornography, obscenity, prostitution, bawdy place, age of consent, soliciting minors for nudity and other sexual activity/ indecent liberties, zoning and licensing.

As a Virginia criminal attorney, I know that both consumers and providers of illegal sexual activity risk much in both the criminal and reputational spheres. The demand and supply for such commercial services is vast and will not go away merely by laws, so I will continue to be contacted by people investigated and prosecuted for violating Virginia’s and federal sex laws.

As a Virginia sex crime defense lawyer, I know that providing or consuming adult prostitution services constitutes a Virginia Class 1 misdemeanor risking up to one year in jail. However, pimping and sexual trafficking are felonies, respectively risking up to ten years in prison per count.

Donald Jamar Johnson learned how severe can be the sentencing for pimping and sexual trafficking. He got convicted of both after transporting a prostitute (S.B.) from North Carolina to a Henrico County motel, where she provided commercial for-cash sexual services for several men. At Johnson’s bench trial, S.B. testified to the same and that she provided the customer-paid cash to Johnson. Johnson testified to his innocence, but the judge believed S.B. Johnson was sentenced to seven years active time in prison.Johnson v. Virginia, ___ Va. App. ___ (Jan. 15, 2019).

I support legalizing prostitution and eliminating the First Amendment-violating anti-nudity and anti-obscenity laws. Nonetheless, until those laws are changed, they need to be understood by anyone considering engaging in or consuming commercial sexual services.

Virginia criminal lawyer Jonathan L. Katz pursues your best defense against sex, prostitution, felony, misdemeanor & drug prosecutions. Jon Katz will be delighted to discuss your case with your through a confidential consultation scheduled through his staff at 703-383-1100.