Computer solicitation of a minor – Virginia criminal lawyer warns against it 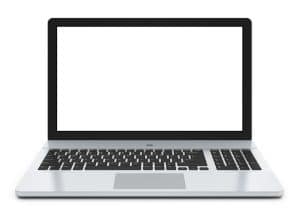 Computer solicitation of a minor – Virginia criminal lawyer warns against it

Computer monitoring by police for unlawful Internet activity is rampant, including police impersonating children online, seeking to catch pedophiles for prosecution, conviction and imprisonment. As a Virginia criminal lawyer, I both decry adults seeking sexual activity with minors, and abhor the overly harsh sentencing that comes from prosecutions for indecent liberties with a minor and for even exposing one’s genitals to a minor, carrying five years mandatory minimum imprisonment if the seeming or actual child is under fifteen years old and if the adult is at least seven years older.

Virginia criminal defense lawyer on the age that the defendant “has reason to believe” is under fifteen rather than the actual age.

The foregoing mandatory minimum sentencing scheme for computer sexual solicitation applies “if the person is at least seven years older than the child he knows or has reason to believe is less than 15 years of age”. Va Code § 18.2-374.3(C).

Robert Stoltz got nowhere arguing that the foregoing “has reason to believe” language is void for vagueness in appealing his computer solicitation conviction. Stoltz v. Commonwealth of Virginia, ___ Va. ___ (Aug. 1, 2019). Stoltz retorts: “Code § 18.2-374.3(C) does not run afoul of these settled vagueness principles. The phrase ‘knows or has reason to believe,’ Code § 18.2-374.3(C), is not ambiguous.'” Stoltz. As a Fairfax criminal lawyer, I know that arguing void for vagueness in a criminal statue is usually an uphill battle, which for Stoltz it was.

Stoltz explains in this computer solicitation case that: “'[T]he void-for-vagueness doctrine requires that a penal statute define the criminal offense with sufficient definiteness that ordinary people can understand what conduct is prohibited and in a manner that does not encourage arbitrary and discriminatory enforcement’…  ‘Void for vagueness simply means that criminal responsibility should not attach where one could not reasonably understand that his contemplated conduct is proscribed.'”

Virginia’s computer solicitation law criminalizes exposing one’s genitals to a minor (defined as an actual minor or one who the adult has reason to believe is a minor) or proposing to see the minor’s genitals; a proposition for fondling of the other’s genitals or for the minor to fondle his or her own genitals; and a proposition for penetrative sexual activity. Claiming entrapment against police posing as minors rarely will go anywhere. The law, prosecutors, judges and jurors have little to no sympathy for adults who engage in such behavior, and anyone tempted to seek sexual activity with minors should do anything within lawful means to avoid it, including seeking psychological counseling and treatment. For many pedophiles, going cold turkey by itself is not going to work.

Virginia criminal lawyer Jonathan L. Katz pursues your best defense against felony, misdemenaor, DUI, sex and drug prosecutions. To discuss your case with Jon Katz in confidence, please schedule a meeting with him by calling his staff at 703-383-1100.