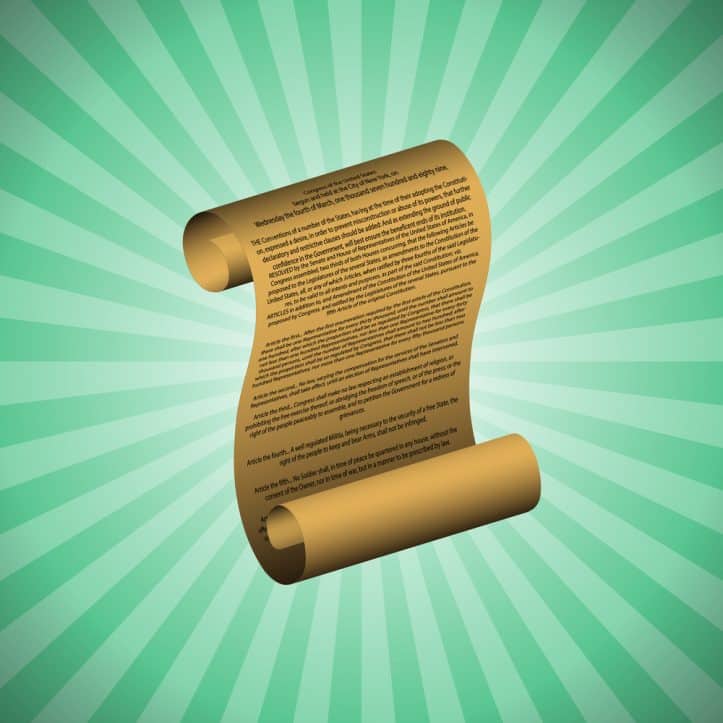 Confrontation rights are critical under the Constitution’s Sixth Amendment. As a Fairfax criminal lawyer, I know that prosecutors will try to find ways around this sacred right, including through claims of door opening, as in: “Judge, criminal defense lawyer Parker opened the door, and now this otherwise inadmissible hearsay testimony should be admissible.” That generalized statement is more prosecutorial incantation than effective persuasion, particularly after eight of the nine Supreme Court justices this month set that matter straight, by putting the brakes on how far prosecutors can go with such door opening complaints.  Hemphill v. New York, ___ U.S. ___ (Jan. 20, 2022).

Darrell Hemphill was tried and convicted for murder. He lost on appeal at the state level. The Supreme Court wisely reversed, over Hemphill’s trial judge’s violation of Hemphill’s confrontation rights, in applying door-opening reasoning to allow the jury to hear the prior plea allocution of a related criminal defendant, Nicholas Morris, on whom Hemphill pinned the blame for the homicide. The essence of this Hemphill door opening issue is summarized by the Supreme Court as follows: “At trial, Hemphill pursued a third-party culpability defense by blaming Morris for the shooting. In his opening statement, Hemphill’s counsel noted that officers had recovered 9-millimeter ammunition from Morris’ nightstand hours after a 9-millimeter bullet killed the victim. The State did not object, but later contended that Hemphill’s argument had been misleading because officers also had found .357-caliber bullets on the nightstand and because Morris ultimately pleaded guilty to possessing a .357 revolver.”

Hogwash at a criminal trial is hogwash, plain and simple, whether over confrontation rights or anything else

As a result, Hemphill’s trial judge essentially allowed the jury to know the hearsay of Morris’s guilty plea allocution. First, Hemphill’s prosecutor arguably waived any relief over the issue by not timely objecting when Hemphill’s lawyer raised the matter in his opening statement. Second, if police allegedly found two different calibers of bullets on Morris’s nightstand, the prosecutor was free to call to the witness stand the police who found the two calibers of bullets. Third, the trial court’s allowing Morris’s plea allocution to be heard by the jury (Morris was unavailable for trial) severely violated Hemphill’s Sixth Amendment confrontation rights. Hemphill’s argument was legitimate, and did not deprive the prosecution one iota to simply have called police to the witness stand to testify about the caliber of bullets they had found at Morris’s residence. Moreover, it is folly to claim that Morris’s guilty plea allocution was based at all in truth rather than that Morris obtained a desirable quid pro quo of immediate jail release for pleading guilty not to homicide but to unlawful possession of a .357-magnum, which was different than the 9-millimeter firearm used in the homicide involved in Hemphill’s prosecution.

Our tax money pays for prosecutors, and we should not let them have us engage in “Thank you sir, may I have another” behavior

No matter how much political incorrectness was included in the movie, one of the standout scenes for me in 1978’s Animal House is when Kevin Bacon’s character at his ceremony to join the campus’s highfalutin fraternity proclaims “Thank you sir, may I have another” each time a frat brother slams a paddle on his butt. Taxpayers provide prosecutors’ salaries, and for us to let them get away with the type of behavior they engaged in at Hemphill’s trial with this door opening nonsense over his confrontation rights, is like lowering ourselves to Kevin Bacon’s character’s plea to receive more abuse. Fortunately, Hemphill sees through this charade — ruling 8-1 (with the dissenter only basing his vote over jurisdictional rather than meritorious grounds) — and reverses the lower courts’ wrongheaded allowing of such door-opening testimony.

In ruling for the criminal defendant/appellant, Hemphill confirms the obvious and necessary: “The Sixth Amendment speaks with equal clarity: ‘In all criminal prosecutions, the accused shall enjoy the right . . . to be confronted with the witnesses against him.’ It admits no exception for cases in which the trial judge believes unconfronted testimonial hearsay might be reasonably necessary to correct a misleading impression. Courts may not overlook its command, no matter how noble the motive. See United States v. Gonzalez-Lopez, 548 U. S. 140, 145 (2006) (‘It is true enough that the purpose of the rights set forth in [the Sixth] Amendment is to ensure a fair trial; but it does not follow that the rights can be disregarded so long as the trial is, on the whole, fair.'” That’s right, judge’s must uphold their oaths and the Constitution, and not bend either out of discomfort or anger over the results that come from upholding both. A judge does not belong on the bench if s/he will not remain faithful at all times to his or her oath and the Constitution.

Fairfax criminal lawyer Jonathan Katz has successfully defended hundreds of Virginia DUI and criminal defendants, repeatedly persuading juries and judges to criminal defendants’ benefit by speaking the defense-beneficial law and evidence to them, and by standing his ground in persuading for his clients. Just one meeting with Jon Katz will show you his ability and commitment to doing so. Call 703-383-1100 for a free in-person confidential consultation about your court-pending case.