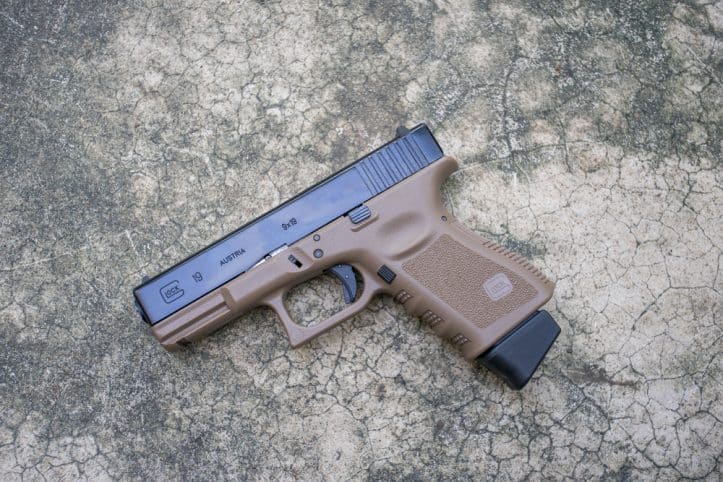 Virginia concealed handgun permits are seen as a sort of rite of passage for many residents of the commonwealth. As a Fairfax criminal lawyer, I know that to avoid prosecutions and convictions, people need to be meticulous in the contents of their firearm purchase applications and concealed handgun permit applications. To do otherwise risks a serious felony conviction. Excitement and impulsivity seem to cloud the judgment of those completing both types of applications, particularly when feeling pressure to show others that that they are armed, and to show their families that they are looking out defensively for their safety. To lie about one’s criminal convictions on either application is akin to knowingly buying cocaine from an undercover police officer, with the recognition that no good is likely to come from such an exercise even if one experiences a brief moment of joy over their action.

Todd Moses Sorrell, Sr., for whatever reason, filed for a Virginia concealed handgun permit with the county Circuit Court clerk’s office while denying any prior applicable convictions, even though he already had applicable convictions for misdemeanors within the prior five years, for “violation of a protective order… and destruction of property.” The specific question on the concealed handgun permit application asked “whether the applicant has been convicted of a misdemeanor in the past five years…” Sorrell v. Commonwealth of Virginia, ___ Va. App. ___ (Jan. 18, 2022). It was only a matter of brief time that law enforcement discovered Sorrell’s untruth and that a felony perjury prosecution and conviction followed.

Defending against a perjury prosecution by quibbling about the wording of the declaration to tell the truth, likely spells a weak argument

Sorrell’s appeal to the Virginia Court of Appeals in his Virginia concealed handgun permit case smelled of likely failure from the beginning, when it turned out to have been based on the sole challenge that “the trial court ‘erred in ruling that the language used in the application sufficiently complied with . . . Code § 8.01-4.3 to support a conviction for perjury.’” Virginia criminal lawy provides that when one makes a “statement under penalty of perjury pursuant to [Virginia Code] § 8.01-4.3 [and] willfully subscribes as true any material matter which he does not believe is true, he is guilty of perjury, punishable as a Class 5 felony.” Said Virginia Code § 8.01-4.3 provides for subscribing “as true under penalty of perjury, and dated, in substantially the following form: ‘I declare (or certify, verify or state) under penalty of perjury that the foregoing is true and correct.'” Sorrell concludes that the foregoing statutory attestation language is “in substantially the… form” as in his own following signed attestation clause in his concealed handgun permit application: “I, the undersigned, affirm that the information contained in this application . . . is both correct and complete to the best of my knowledge. The willful making of a false statement in this application constitutes perjury and is punishable in accordance with § 18.2-434 of the Code of Virginia.”

Sorrell has a perjury conviction and sentence and no Virginia concealed handgun permit to show for it. His untruth to the court in this matter was simply not worth the risk, let alone that it was a crime.