Criminal Defense Silence is the Only Antidote to Police Questioning 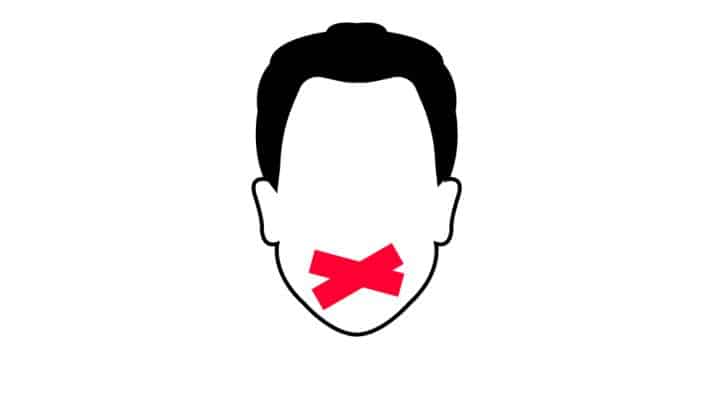 Criminal defense silence can be more powerful than you ever imagined. As a Fairfax criminal lawyer, I have nearly put a permanent dent in my forehead from the number of times I have shaken my forehead on the heal of my hand from all the damaging self incrimination spouted by hundreds of my clients to investigating police. You cannot beat police at their talking game. You can at least avoid damaging yourself by simply remaining silent with them.

Criminal defense silence with the police is needed across the board. It reminds me of when police stopped me and my friend on our way to the Neil Young concert in southern New Jersey. He pulled me over for unlawfully changing lanes in the tunnel. He asked where I was headed, and I said New Jersey, not having thought of switching gears from being chatty with cops in the courthouse to saying nothing even if only stopped for a minor moving violation while knowing I had “nothing to hide” (nothing to hide unless a passenger or car wash employee accidentally dropped a rock of crack in the car.). The next question followed:

What are you doing in New Jersey? I replied with correct criminal defense silence: “I am answering no question.” The cop realized he had more important things to do, and replied: “You have no obligation to.” During the brief moment it took for me to wait for my ticket, my friend and concert companion said: “If you told him where you were going, I could have shown him my EMS badge, and maybe he would not have ticketed you.” I replied that I preferred getting the moving violation points (I beat the ticket in court) to answering any further questions. One question leads to another, and then possibly a car search upon hearing “Neil Young” and claiming smelling marijuana, at a time when probable cause to believe the presence of marijuana permitted a car search. And the car search would have delayed my arrival at the concert, where my other two friends awaited.

Does Miranda protect me from giving incriminating answers to police?

Do not rely on Miranda rights to repair providing the police with incriminating evidence versus asserting criminal defense silence. First, Miranda only applies to custodial questioning. Second, once police Mirandize a suspect, they are not automatically required to ask if the suspect waives his or her Fifth Amendment Constitutional right to remain silent and Sixth Amendment right to a lawyer, rather than looking at the totality of the circumstances to determine whether the suspect freely and voluntarily spoke with police.

Do police violate my Fifth Amendment right to remain silent by repeatedly urging me to “Be honest”?

Police videotapes of their interactions with my Virginia criminal defense clients repeatedly show them demanding “Be honest” to my clients. One can argue that this admonition elicits non-consensual, suppressible suspect responses. If I were a prosecutor, I would simply reply that silence also falls within the admonition of being honest. Maintain criminal defense silence. You will be glad you did.

Should I provide police my driver’s license, car registration, and booking answers?

When you are the driver of a police-stopped vehicle, provide your legitimate driver’s license and automobile registration. That requires no words from the suspect, thus enabling criminal defense silence to continue. For getting your court summons / ticket issued or getting data for the court magistrate’s determination of your pretrial release conditions, provide information that is essentially about your name, rank and serial number (as well as where you work, your job title, whom you live with, and how long you have been living there.)

For Virginia DUI defense, one of the most damaging police questions is: “On a scale of one to ten, how drunk are you?” Or: “Would you drive your child in the condition you are in now with alcohol?” Criminal defense silence puts you in the driver’s seat of how your day will go. Doing the opposite is worse than stepping on twenty rusty nails.

Does silence shield me from prosecution?

Criminal defense silence does not shield you from prosecution, but instead adds to your defenses against a prosecution. Consult with a qualified criminal defense lawyer about how to defend yourself after being charged with a Virginia DUI or criminal offense.

What if police get apoplectic over my silence and threaten to arrest me if I do not talk?

What good is having the police talk with you nicely and gently as you feed them one incriminating statement after another? I would prefer an eternal sworn enemy in a cop angry at my asserting criminal defense silence during post-arrest police questioning, than the opposite. And let the cops dangle the prospect of a summons / ticket  rather than arrest as a reward for wagging my tongue. If you get arrested, you simply pursue pretrial release.

Fairfax criminal lawyer Jonathan Katz has successfully defended hundreds of criminal suspects, and repeatedly defends against Virginia DUI, misdemeanor and felony prosecutions. When you hire Jon Katz for your defense team, you not only get a battle-ready criminal defense lawyer, but a zealous advocate who will stick by your side through thick and thin. For a free in-person confidential consultation with Jon about your court-pending case, call 703-383-1100.