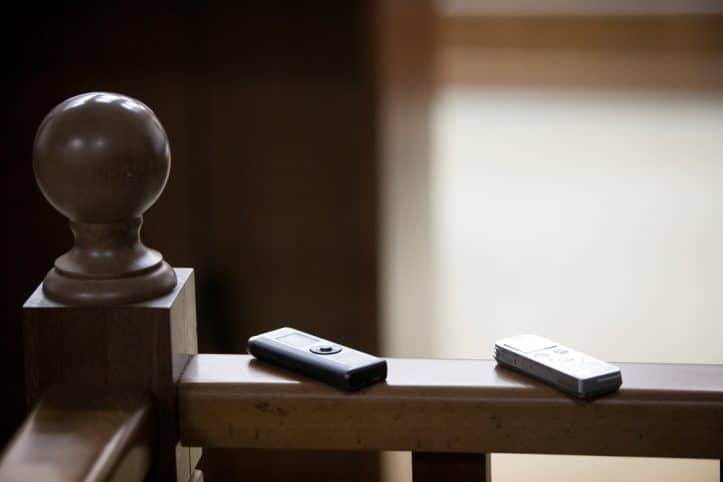 Cross exam is a vital part of Virginia criminal trial persuasion. As a Fairfax criminal lawyer, I have experienced and seen the critical difference between simply participating in trial advocacy law school classes and continuing legal education programs, and actually doing effective cross in the courtroom, with objections flying, the need to follow the governing evidence rules, and judicial interference sometimes crossing the bounds of the governing law. Virginia criminal trials are about war, which can get messy, can include underhanded prosecutorial and opposing witness actions, and require stamina and energy the entire way. Cross examination gives the criminal defense lawyer the opportunity to reverse gains made by the prosecution during direct examination, to blunt the credibility and reliability of police and other prosecution witnesses, and to advance the defendant’s persuasive story.

How can cross exam be used in presenting a Virginia criminal defendant’s persuasive story?

Neither cross exam nor any other part of a Virginia criminal trial is only about that part of the trial, rather than about an integrated whole. Victory at trial is about telling the criminal defendant’s persuasive story throughout the trial, including during cross. Finding the story can be a challenge, because the criminal defense lawyer must discover his or her client’s persuasive story without any linear script, but through obtaining and piecing together information, ideas, and filling in the blanks. However, if the criminal defense lawyer is not going to discover and present a defense-friendly story, the defense is abdicating the story creation role to the prosecution, the judge and the jury.

How can a defense-friendly story be told through cross examining even a hostile prosecutorial witness?

Storytelling during cross examination controls police and other opposing witnesses at Virginia criminal trials much better than any other cross exam approach. For instance, staccato questioning along the lines of: “You never met him before, did you?” and “Aren’t you just making this up?” fall flat compared to storytelling questions that include harmless inquiries that make the opposing witness more comfortable, for instance: “When you met him, the sun had already set; “The sidewalk was full of people;” “You were distracted.” At some points, the criminal defense lawyer cares less about what the witness says in response, as the lawyer becomes a testifier of sorts himself while engaged in a conversational tone with the opposing witness.

What should a criminal defense lawyer do with a runaway witness?

Police in particular will often try to become runaway witnesses, whether out of an interest to damage the defendant, to reduce the damage to the witness and the prosecution, or to deal with the discomfort of otherwise having no control on the witness stand. If the runaway prosecutorial witness’s testimony is not damaging in content but instead interferes with the defense’s efforts to achieve the goal wanted on cross exam, the defense lawyer can simply redirect the witness to the question, including: “Now that you have answered your own question, please answer mine;” or “We are going to get to that topic soon, but after you answer my last question;” or punishing the runaway witness with elongating what would have been one simple question into multiple questions that break down that one question. Through the latter approach, the prosecution witness gets to choose between the carrot of getting closer to finishing on the witness stand by simply answering each damn question, to the stick of getting more questions lobbed at the witness in an already uncomfortable role of being on the witness stand.

The Virginia criminal defense lawyer needs to ditch the notepad

So many trial lawyers get so overly attached to their notes that they lose track of the gems and dung that come their way during cross exam and the other parts of the trial, and do not recover from it. Yes, go to trial prepared with a framework and some fallback ideas and questions, but reading repeatedly from notes in working to persuade is unnatural, just as it would be unnatural to bring a notepad to a meetup with a friend for coffee.

One day early in my attorney career, a great mentor told me that many litigators don’t know their approach is wrong, because they lack great mentors to help show them the right path. The same goes in many respects with lawyers doing cross exam. I have seen too many even otherwise intelligent criminal defense lawyers botch up their defense by such foibles as thanking the police officer for choosing public service (which props up the cop that we are trying to diminish), asking unnecessary convoluted questions (which can lose the attention and understanding of the judge, jury and witness, and which gives the witness more escape routes), and asking dangerously open-ended questions (for instance: “Why did you suspect my client?”). I have been blessed to have attended some of the greatest criminal defense lawyer training grounds, including the premier two-week National Criminal Defense College’s Trial Practice Institute (also known as “Macon”) in 1994, which emphasizes breaking out into small groups of eight lawyers; and the Trial Lawyers College (also small, at only around four dozen participants) for an entire month in 1995. Since then, I have organized and attended several gatherings applying the storytelling approach of both programs, and adding the psychodrama approach of the Trial Lawyers College.

What should I ask potential criminal defense lawyers about their trial experience?

Nobody will go for heart surgery without rigorously checking out the physician they are considering. With your liberty at stake in defending against a criminal prosecution, ask away to your potential criminal defense lawyer about his or her trial and cross exam experience, and overall experience. Yes, plenty of criminal prosecutions resolve without trial, but being trial-ready is essential to being the most helpful to a criminal defendant. By now, I have successfully defended clients in hundreds of trials, as lead counsel and usually sole counsel. Nothing beats such experience.

Fairfax criminal lawyer Jon Katz successfully defends with killer instincts backed by repeat experience defending at trial against Virginia DUI, felony and misdemeanor prosecutions. By the time you finish your free initial in-person consultation with Jonathan Katz, you will feel more confident and knowledgeable about your defense and the possibilities for victory. Get a quickly-scheduled appointment with Jon by calling his staff at 703-383-1100.