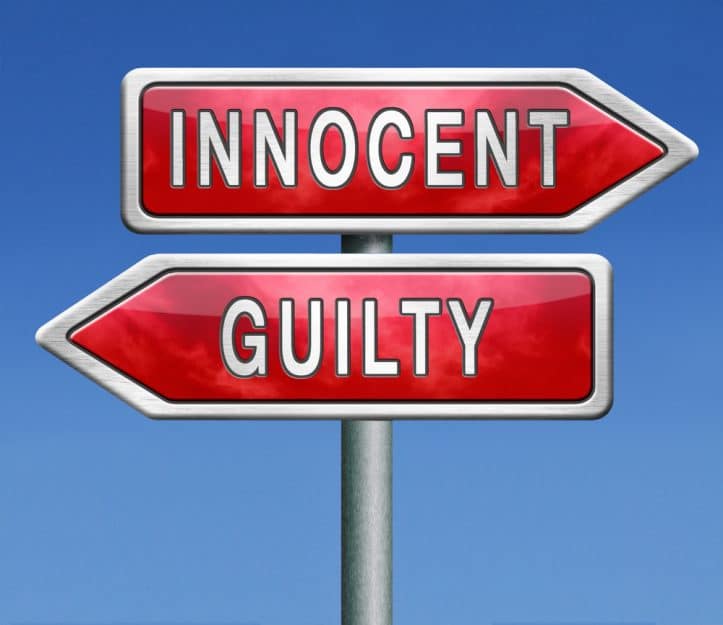 Trial success in Virginia criminal court comes from trial experience and ability, killer instincts, passion for the criminal defendant’s cause, and in-the-moment cunning. As a Fairfax criminal lawyer, I know that preparing a case to settle is more likely to make the case go to trial, while preparing the case to go to trial is more likely to make it settle. Nothing replaces a criminal defense lawyer throwing themselves fully into acquittal mode. As an example of this, I present the roadmap that I pursued and rewrote as I went along on the road to a recent Fairfax court acquittal for my client charged with assault and disorderly conduct.

Trial success usually requires discovering and expanding upon the criminal defendant’s persuasive story and weaving that story throughout the trial. Doing so might be counterintuitive to lawyers who are newer to handling trials, who might feel safer simply picking at the prosecutor’s case in trying to establish reasonable doubt. The main two problems with the latter approach is that (1) factfinders (both jurors and judges) are often resistant to the beyond a reasonable doubt standard for convicting a defendant, particularly when the defendant comes across as very unsympathetic, scary, or downright dangerous, and (2) storytelling helps burn images and ideas into people’s memories and helps persuade them (which may be a reason why so many television sitcoms have their opening credits accompanied with a storytelling song reminding everyone what the TV series is about). Filling in the blanks to tell a story might at first feel scary, but when we let the story partly tell itself, and when we inject ourselves into the present moment of the story, the persuasive storytelling unfolds better, and just as a drive on busy city streets might have us needing to adjust our path through detours and lane changes, criminal defense lawyers need to remain keenly aware of what is happening in the present moment in court in order to seize the most benefit from the trial battle and to minimize damage to the defense,

Spoken words at their weakest are but wind (as is flatulence, but I digress). This having been a Fairfax General District Court trial, no prosecutor was involved on my road to trial success, as the county’s chief prosecutor continues making the colossal political miscalculation of declining to prosecute the vast majority of adult misdemeanor cases other than DUI, assault involving intimate partners, fatal collisions, certain alleged sex offenses, and various other specific cases that bring prosecutors out from behind their desks to handle misdemeanor cases. I decided not to make an opening statement so as not to have the complainant know my roadmap, which would become clear early on in the trial during my cross examination of the complainant. As an aside, the judge — over my objection — allowed the complainant to remain in the courtroom the entire time despite my request to sequester all witnesses other than when they were testifying. In fact, our trial judge, after including a reference to the Hicks case — and over my objection — allowed the complainant to examine the case police officer, cross examine my client, and make a closing argument.

Some criminal defendants sh*t bricks over the prospect of going to trial, with the free fall that doing so can mean. What is the alternative, though? Unless a dismissal can be negotiated, if the case is going forward to trial unless the defendant pleads guilty or no contest, the only way to trial success is to proceed to trial. Praised be my clients who agree with my advice to proceed to trial, whether or not they are taking a realpolitik view as I do, or proceeding on principle or the related approach of a million for defense; not a penny in tribute. My client in my recent assault acquittal (with a bench trial) was accused by the complainant of walking up to his car, calling out the F-word and other choice utterances, throwing his cup of coffee into the complainant’s face, unsuccessfully trying to open the complainant’s locked automobile door, trying to assault the complainant by putting my client’s hand through the complainant’s window. and kicking the complainant’s car to boot. What a laundry list of alleged misdeeds by my client, and the police officer confirmed through his testimony to having seen coffee on the complainant.

My counterstory to trial success was simple, which was that the complainant was far from some innocent soul, but instead was following — and in the process freaking out — my client’s wife for over a mile or more, when she was simply minding her own business going from point A to point B. The complainant helped me hammer home this defense counterstory through his unnecessarily excessively detailed typed complaint that he presented to the court magistrate — available to the entire public in the court’s case file — to obtain a prosecution against my client, and his own testimony on cross examination AND his backfiring cross examination question of my client.

Criminal defense lawyers often do not know the delicious points they will score on the road to trial success until being in the middle of trial battle. With thanks to my legal assistant for helping me prepare our case file, I produced a copy of the complainant’s written narrative, presented him with the copy, and asked him to confirm that he was holding a three-page document item, so that I could identify it accordingly. The complainant insisted that this was instead a total of two pages. Score another point for the defense. I again gave the complainant a chance to correct his math, but he again insisted that he was holding two pages rather than one, at which point the judge spoke up to say that the judge could clearly see three pages from his honor’s vantage point. Score another point for the defense.

Telling my story through the complainant on the road to trial success– that he was following my client’s wife’s car until following her into her retail parking space — I question declared that he had been driving near her car for over a mile. When he was non-committal on that, I referenced a well-known landmark that was over a mile from where his car came to rest, and he admitted that he first saw my client’s wife at least near that landmark. Score another point for the defense.

Calling the criminal defendant can often be risky and counterproductive to trial success, including considerations of the defendant’s getting tripped up on the witness stand as a fish out of water, let alone if the defendant prevaricates. Here, my client waived his right to remain silent (and not to have his silence held against him) and clearly, forthrightly, and persuasively testified to his innocence and that his wife called him that she was being followed down the road by a strange man (the complainant), my client was upset about such mistreatment of his wife, my client asked his wife to meet him at the parking lot where my client already was, and the complainant not only followed my client’s wife into that same parking lot but even parallel parked in the space facing the front of his wife’s car.

Police are skilled at leaving out various critical details of a crime, to see if the suspect volunteers those details, which by itself is enough reason for criminal suspects to maintain their silence with cops. In a variation on that theme, in briefly cross-examining my client on the road to defense trial success, the complainant prefaced one question by stating that my client had testified in direct examination about the complainant having followed my client’s wife for at least two miles. At that point, the judge pointed out that that distance reference was a fact that had not already been in evidence. SCORE ANOTHER DEFENSE POINT, supporting our story that this complainant was tailing my client’s innocent wife for a long time right until her car came to rest.

Telling the persuasive defense story for trial success throughout all stages of trial tells the accused’s story before even getting to closing argument. After the complainant made his brief closing argument (as allowed by the judge) the judge started stating his verdict without hearing my closing argument, which clearly meant that an acquittal was a few moments away. The judge pointed out that this did not sound like some mere coincidence that the complainant somehow landed in the same parking lot as the my client’s wife if the complainant had not been following his client. NOT GUILTY. I repeat the judge’s wise verdict of NOT GUILTY. When criminal defendants accept the advice of able lawyers to proceed to trial, magic can result.

The day after this acquittal, I was before the same judge with another case. When I handed the courtroom bailiff / sheriff’s deputy a document to present to the judge, the bailiff told me I did a nice job at this trial for my assault client. I responded that I enjoyed myself at this trial, and the bailiff told me that my enjoyment was obvious. As I repeatedly say, going to trial is a cause to smile at the winning possibilities ahead.

Fairfax criminal lawyer Jonathan Katz has brought hundreds of criminal cases to trial, with many acquittals along the way. Prepare your case for trial rather than for merely negotiating, and discover the successful magic that may result. Call Jon Katz at 703-383-1100 to schedule a free in-person consultation about your pending Virginia DUI, felony or misdemeanor case.