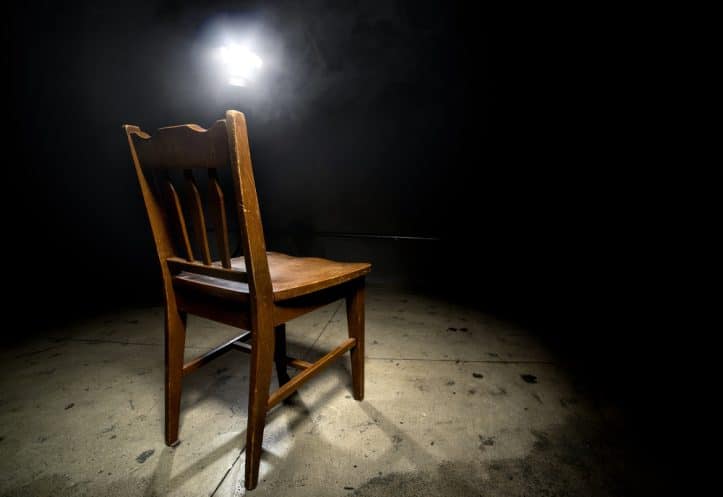 Cross examining (CE or Xexamine) police is an essential tool for the defense against Virginia DUI prosecutions under Virginia Code § 18.2-266. As a Fairfax DWI lawyer, I know that the Constitution’s Sixth Amendment Confrontation Clause and Virginia appellate court caselaw guarantee this CE right. I also know that many Virginia trial judges will narrow the opportunity to Xexamine police in Virginia DUI cases, whether out of thinking that the examination will not generate evidence to help render a verdict, whether out of misapprehending what the line of defensive questioning (and answering) will head to and yield, or (hopefully not) out getting so exhausted by plodding prosecutorial direct examination that the judge wants to simply move onto the next witness. “Judge, how do you know where my Xexamination of the police is headed — and what those questions will yield — without your giving me a fair and Constitutional opportunity to ask those questions?” Fortunately, judges often find that simply letting me ask the questions I am asking takes less time than hearing argument from both sides over prosecutorial objections to those questions, which very often leads to my being more in the position of fully trying the defense side’s case.

What areas should my Fairfax DUI lawyer cross examine the cop in?

As a Fairfax DUI lawyer, my goals with cross examining police in DWI prosecutions is to continue telling the defendant’s persuasive story throughout the trial, and to challenge the opposing witness’s reliability, recall and credibility. I have had prosecutors object to my questions as being leading questions, when the only person barred from asking leading questions is the lawyer who direct examines his or her own witness. I have recently head a prosecutor object to my question of a prosecutorial witness as asked and answered, which was not a proper objection here where the question had only been asked by the prosecutor, and where my question was laying the foundation to dismantling the witness’s direct examination. Often prosecutors object to my following up to a cop’s Xexamination answer of “I do not know”, “I am not sure” or “I do not remember” with, for instance “Did this happen less than 5 minutes after you stopped him?”, even when a no answer will damage the cop’s credibility. For the judge to sustain such an objection goes against the judge’s oath to be fair to both parties and to uphold the Constitution, which includes my being able to challenge the opposing witness’s recall, reliability and credibility, based on the law covered in the following paragraph.

The Supreme Court and Virginia appellate courts for decades have mandated permitting robust Xexamination by DUI and criminal defense lawyers, including: The “Confrontation Clause of the Sixth Amendment is applicable to the states…Our cases construing the clause hold that a primary interest secured by it is the right of cross-examination…” Douglas v. Alabama, 380 U.S. 415, 418 (1965) (citations omitted).  “‘It cannot seriously be doubted at this late date that the right of [Xexamination] is included in the right of an accused in a criminal case to confront the witnesses against him.’ … Even more recently we have repeated that ‘(a) denial of [Xexamination] without waiver would be constitutional error of the first magnitude and no amount of showing of want of prejudice would cure it.’” Smith v. Illinois, 390 U.S. 129, 131 (1968).  ”One purpose of [Xexamination] is to show that a witness is biased and his testimony unreliable because it is induced by considerations of self-interest… Indeed, we consistently have held that ‘the right of an accused to [Xexamine] prosecution witnesses to show bias or motivation, when not abused, is absolute.’” Barker v. Virginia, 230 Va. 370, 376 (1985) (citations omitted). “[Xexamination] is the principal means by which the believability of a witness and the truth of his testimony are tested. Subject always to the broad discretion of a trial judge to preclude repetitive and unduly harassing interrogation, the [Xexaminer] is not only permitted to delve into the witness’ story to test the witness’ perceptions and memory, but the [Xexaminer] has traditionally been allowed to impeach, i.e., discredit, the witness.” Davis v. Alaska, 415 U.S. 308, 316 (1974).

Once a police officer uses standard field sobriety testing language, they get to be cross examined on the SFST manual

Many prosecutors in Virginia DUI trials are fond of objecting when I cross examine the police officer on his or her training (and that of his or her trainers) in field sobriety testing. Field sobriety testing testimony is more prejudicial than probative if made up out of thin air, and if not made up out of thin air, then the Virginia DWI defense lawyer is permitted to Xexamine on it. To quote the applicable Virginia rule of evidence: “Relevant evidence may be excluded if: (a) the probative value of the evidence is substantially outweighed by (i) the danger of unfair prejudice, or (ii) its likelihood of confusing or misleading the trier of fact…” Virginia Supreme Court Rule 2:403.  Furthermore, once police testimony addresses so-called standard field sobriety tests (SFSTs), then the police officer gets to be Xexamined on the standards and the SFST’s. Language concerning standardized FST’s includes language about the number of clues performed on each test, and testimony about any of the three FST’s that have been standardized by the National Highway Transportation Safety Administration (NHTSA) of the United States Department of Transportation.

If the police officer testifies about performing FST’s, then they best have been issued an SFST training manual. The vast majority of police officers in my Fairfax DUI and other Virginia DWI trials never admit to having been issued the NHTSA-published manual, which is a hefty size of hundreds of pages. The current 2018 manual is nearly 600 pages. If the cop does not  confirm being issued a suitable FST training manual, cannot name the federal agency (NHTSA) that publishes the manual, or does not know the relevant knowledge qualifications of his or her trainers, then that police officer should not be permitted to testify about the FST’s. And if the officer is going to be permitted to testify about the FST’s, s/he should be permitted to be cross examined on the latest NHTSA SFST manual, unless the police officer identifies an earlier NHTSA-published manual, which can be obtained from the NHTSA website.

Here are some specific FST items I am ready to cross examine on during a Virginia DUI trial: How many and which clues (summarized in the field test taking notes section of the 2018 SFST manual (Manual) at pp. 151-52 does standardized field testing instruct you to check for on each of the three standard FSTs? The correct answer starts with that only three standardized field sobriety tests exists, which are (Manual at 23) the walk and turn test (WAT), one leg stand (OLS) and horizontal gaze nystagmus (HGN). If the police officer testifies about clues, that is standardized evidence ripe for cross, including if the cop states a clue that is not a SFST manual clue, or states a clue after having failed to properly instruct the suspect on that aspect of the test or if the cop has not confirmed that the suspect understands the instructions. With that, up to eight possible clues exist for the walk and turn SFST, which are starting the test too soon / before being told to begin, not keeping balance during the starting position of lining up the right foot heel-to-toe with the left foot (where the feet break apart from heel to toe), stops while walking (the instructional phase needs to say not to stop in the middle of the test), not touching heel to toe during the nine steps out and back, using arms for balance, stepping off the line (whether a real or imaginary line), taking an improper turn (the instructions need to tell and show how to make choppy steps when turning on the pivot foot) and taking the incorrect number of steps out or back. Manual at 519-20)). The four possible clues for the one leg stand are swaying while balancing, using arms for balance (notice- using arms for balance, not exclusively having arms not at one’s side), hopping, and putting foot down. Manual at 525. The six possible clues for the horizontal gaze nystagmus test are discussed below.

Further on cross examining the cop in Virginia DUI prosecutions, the HGN test involves non-standard knowledge scientific claims about the connection between presence of nystagmus (which can be caused by a slew of non-alcohol reasons) and alcohol consumption and impairment, and should be inadmissible for lack of Virginia published appellate caselaw permitting such testimony. Furthermore, presence of nystagmus means nothing better for the prosecution than presence of alcohol in the DUI suspect’s body. For the horizontal gaze nystagmus (HGN): up to six clues can be found (Manual at p. 509), for lack of smooth pursuit (moving the stimulus at least 2 seconds or each eye check starting from the nose and moving towards the outside of the eye- Manual at 327), distance and sustained nystagmus at maximum deviation (for the entire HGN test holding the stimulus 12-15 inches from the subject’s nose (Manual at 317), and best to position the cop’s body diagonally, to prevent his or her body armor from preventing moving the stimulus on a plane) for at least four seconds, twice in each eye, starting in the left eye, to the right eye, and repeat), and onset of nystagmus prior to 45 degrees (in one or both eyes or neither eye) (“[s]tart moving the stimulus towards the right (left eye) at the speed that would take approximately 4 seconds for the stimulus to reach a 45 degree angle”) (Manual at 337). (Bonus: The cop is probably not conducting HGN correctly if s/he finds an odd number of clues, or finds distinct and sustained nystagmus at maximum deviation but not lack of smooth pursuit, or finds onset of nystagmus prior to 45 degrees without finding the remaining clues present; next bonus: vertical gaze nystagmus is rare among all test subjects, so if the cop finds it present, that might be suspect).

I look at SFSTs / FSTs as junk science. I do not see Virginia judges seeing the walk and turn test nor one leg stand as junk science. Only a minority of Virginia judges before whom I appear will not consider the HGN test. Consequently, all of the foregoing areas are possibly ripe for the asking on cross exam of police in defending against Virginia DUI prosecutions.

Fairfax DUI lawyer Jonathan Katz pursues your best defense against Virginia DWI and criminal prosecutions. Jon has been trained in administering standardized field sobriety tests for driving under the influence of alcohol investigations, by one of the nation’s leading SFST trainers to police, making him all the better equipped to challenge such tests at trial. Jon is among the small number of Virginia DWI defense lawyers who are members of the key National College of DUI Defense. Call 703-383-1100 to secure your free in-person completely confidential consultation with Jon Katz about your court-pending case.