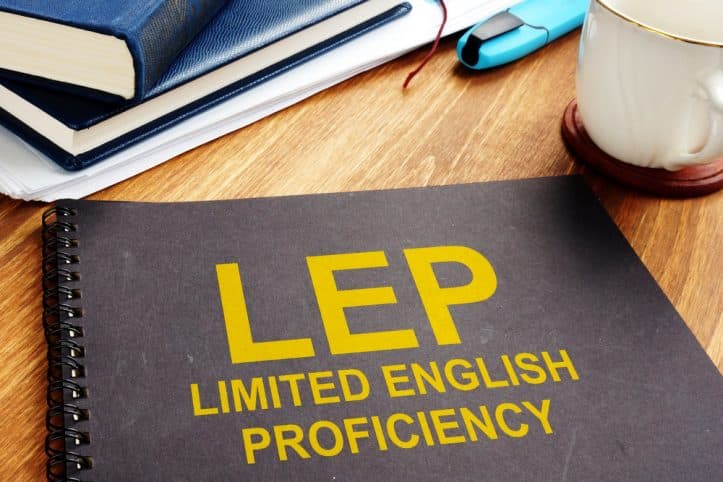 LEP (limited English proficiency) Virginia criminal defendants are already challenged by insufficient statewide rigor for court interpreters, because interpreter certification is only encouraged but not mandatory under the Virginia Code and other governing provisions. As a Fairfax criminal lawyer, I know this state of affairs means that some defendants get good and even very good interpreters devoted to eliminating language barriers and plenty of others get hit or miss interpretation. If the trial judge deciding on interpreter standards is not sensitive nor caring about the demands of having interpreters serving justice for defendants, that is a huge impediment to delivering justice and enforcing the Constitution’s Fourteenth Amendment’s guarantee of equal protection of the laws.  Virginia is at a crossroads for language interpretation, where the preference for interpreter certification, an interpreter code of professional responsibility, and statutory privilege protecting against compelling an interpreter to testify about communications with only the criminal defense lawyer and client (Virginia Code§ 19.2-164) is a roadmap in the right direction for leveling the playing field for the large percentage of Virginia criminal and DUI defendant who do not speak nor understand English sufficiently without interpreter assistance. The horror stories are here and here about what happens when an interpreter is an interpreter in name only who either cannot or will not convey the nuances that always need to be conveyed in language intepretation.

This past week, I read that one of the busiest Virginia criminal courts was ready to resort to using a Spanish interpreter phoneline for one of the court dates, when it was unclear whether an interpreter would be available (one was ultimately found). It appears that competition with nearby non-Virginia courts — and possibly Covid-related attrition during the so-called great resignation — might be contributing to this shortage. Perhaps also the approach to pre-Covid court docket activity is contributing to the shortage, as well. Although a Fairfax interpreter told me that the federal system also is dealing with shortages, any such shortages in the federal courts could also be a function of the rigorous federal interpreter certification standards that apparently even weed out plenty of interpreters who are very good for criminal defendants and other LEP litigants. How much are these interpreter shortages due to unavailablity of interpreters versus a need to adjust budgeting, planning, and paying competitive rates, and providing for such important sensible work conditions as tag team interpreting to not strain the interpreters during long trials?

At a past Fairfax continuing legal education program, a district court judge underlined that the courthouse provides interpreters for scores of languages for LEP criminal defendants. A special request is not even needed in Fairfax County General District Court to have a Spanish interpreter in the morning. As my former law partner Jay Marks says, immigrants are the backbone of American society. It is out of touch at best and bigoted at worst to look down on Virginia criminal and DUI defendants who need interpreters. The Fairfax substitute judge who mid-trial — before acquitting my client of DUI under Virginia Code § 18.2-266 (but finding him liable for the civil offense of refusing a post-arrest blood alcohol conentration (BAC) test) told me his doubts about the genuineness of my client’s need for an interpreter if he was speaking English to the police officer on the street, apparently does not speak enough of a second language himself to know that he’s probably have a hard time watching a film in that language without subtitles. I made this clear to the judge.

Why language phone lines for Virginia LEP defendants is unjust

Language interpreting is an art, not merely a science, and certainly not a formulaic excercise. An interpreter needs to understand not only the speaker’s words but also his or her body language and facial expressions, and hopefully also convey all of that when interpreting, rather than delivering cold words. In that regard, an interpreter who came highly recommended to me early in my career turned out to come across as a cold fish in interpreting for my very warm, real and kind client, and that was through being present live. Imagine how much more of a cold fish this interpreter would have been by having the distance of a telephone between him and my client and between him and the jury.

Fortunately for me and my clients, I have an extensive basic Spanish speaking ability (thank in part due to my proficiency in French, another Latin-based language, having had many clients speaking that language, and having previously appeared dozens of times on Spanish radio through the program that my former law partner and I sponsored). With these two non-English languages that I speak, I speak directly to my LEP clients who speak those languages. In that way, it was beyond obvious to me that one of the tag team interpreters at a trial had his head in another planet when constantly misinterpreting even the most basic things, to the point where he, the opposing lawyer and the judge made no dispute when I moved to dismiss him. And it did not require me to understand Farsi for me to have to speak up to the interpreter to interpret the court proceedings to my client rather than to stand there like a lump on a log with little to no courtroom experience, apparently ill at ease in front of a judge who would have wanted nothing more than for the interpreter to have done his job, which is to interpret.

The Virginia Supreme Court website already has a sensible roadmap for language interpreting; it simply needs to be effectuated

The Virginia Supreme Court wepbage for language interpretation is a good start to doing this right for LEP criminal defendants. Unfortunately, this webpage at once talks about ceritifying court interpreters while also saying that certifidation is foluntary. This webpage includes a code of professional responsibiity for interpreters, which will be helpful at least if followed and enforced, Most imporatnt is Canon 1: “Interpreters shall render a complete and accurate interpretation or sight translation, without altering, omitting or adding anything to what is stated or written, and without explanation.” Curiously, this Virginia Supreme Court webpage has an form for complaining about interpreters, but nowwhere on that form is room to say anything good about them, in the spirit of encouraging good interpreting and discouraging anything but that.

Let every police offier and prosecutor who condescendingly dismisses a LEP criminal defendants’ claim of insufficient English, see what it would be like to be prosecuted in a non-English language

Only recently, I was watching my LEP Virginia DUI client’s incident video where during field sobriety testing my client repeatedly told the police officer that he was having trouble understanding the cop because of my client’s limited English langauge abilities. The cop responded at least twice that “Your English is find” without ever asking my client his educational background, whether he had ever attended school in the English language, how long he had been in the United States, and how extensively my client does or does not speak English in the course of a day (considering that plenty of workplaces in locales with heavy Spanish speaking communities make it possible to go through the entire worday in Spanish). The times are many when the police officer, prosecutor or both in my case condescendingly insist that my client’s sincere assertion of limited English langauge ability is a defensive charade. Let them see what it is like to be treated like that, by their being investigated, prosecuted and tried overseas in a language for which they have only a rudimentary undertanding.

Fairfax criminal lawyer Jonathan Katz speaks proficient Spanish and extensive French, to break down language barriers between him as his clients, as he pursues your best defense against Virginia DUI, felony and misdemeanor prosecutions. Call 703-383-1100 for your free in-person initial consultation with Jon Katz about your court-pending case.