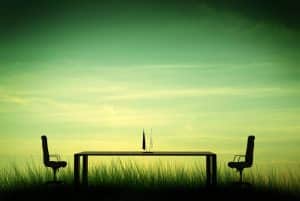 Deals are a common part of Virginia criminal defense practice. As a Fairfax criminal lawyer, I know that this does not mean that every criminal defendant should plead guilty, no contest or Alford, rather than going to trial or negotiating a case dismissal. I do know that it means that some criminal defendants have such a high risk of conviction and severe sentencing that not seeking a favorable settlement could turn out to be very unfavorable for the defendant.

If the Virginia prosecutor offers a bum deal or no deals, will the court provide relief for that omission? No

If a prosecutor wishes to play mind games with a Virginia criminal defendant, s/he has the option at the last moment, for instance, to dump unattractive deals on the criminal defense attorney’s lap, knowing full well that the lawyer has an obligation under the Virginia professional conduct rules to convey that offer to his or her criminal defense, and knowing full well that such a last-moment bum offer might create irritation at best and deep dissent at a more serious level.

Sometimes for my clients, I liken interacting with prosecutor to dealing with a baseball bat with a doughnut training weight on it, because they are not to be taken lightly. That is not to say that cases cannot be won against prosecutors, but it does mean to be eternally vigilant about them. On the opposite end of the spectrum, one day a client said to me: “Jon, the prosecutor is not acting nearly as unpleasant as you warned s/he might.” That is fine. It is better to overcover than undercover risk in criminal court, with deals and all other stages of Virginia criminal defense.

How do I get the prosecutor to make a favorable settlement negotiation offer?

As a Fairfax criminal lawyer, I know that prosecutors are generally motivated to make favorable deals when recognizing the weaknesses in their case, that the only other option is a time-consuming trial, and when recognizing any self-improvement / self-rehabilitation steps the Virginia  criminal defendant has proactively done. As I wrote recently, as a Fairfax criminal lawyer, I know that all Virginia case negotiations need to be backed up from a position of trial readiness, both to be ready for trial if settlement negotiations are not fruitful, and also for assisting settlement negotiations.

Can I successfully settle my Virginia criminal case without a lawyer, and directly with the prosecutor?

Some Virginia criminal defendants wish to see if they can save some money by representing themselves in court and for negotiating settlement deals with the prosecutor. That can be like an amateur going against five Michael Jordans. Why do it when you can have a qualified criminal defense lawyer to pursue this and all other phases of your criminal defense?

Fairfax criminal lawyer Jonathan L. Katz pursues your best defense against felony, misdemeanor and DUI prosecutions. Call us today at 703-383-1100 for a free in-person consultation about your court-pending case, and have more of a piece of mind by the end of your confidential consultation with Jon Katz.