Documents Near Drugs Not Enough to Convict 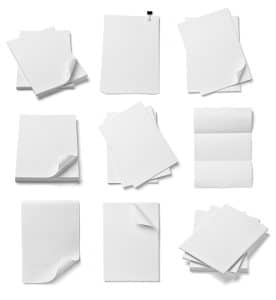 Documents in your name are not desirable when found in close proximity to illegal drugs, also known as controlled substances. As a Fairfax drug defense lawyer, I know that a conviction for drug possession cannot be obtained absent proof beyond a reasonable doubt of knowledge, dominion and control over the drugs. Eckhart v. Commonwealth, 222 Va. 447, 450 (1981). The Virginia drug defendant’s “‘acts, statements, or conduct,’ as well as other facts or circumstances, may also constitute proof that the drugs were subject to his dominion and control.’ Powers v. Commonwealth, 227 Va. 474, 476 (1984). ‘Possession and not ownership is the vital issue. Possession may be joint or several. Two or more persons may be in possession where each has the power of control and intends to exercise control jointly.’ Atkins v. Commonwealth, 57 Va. App. 2, 23 (2010) .” McLaurin v. Virginia, Record No. 1728-19-4 (Va. App., Nov. 4, 2020) (unpublished). Documents with McLaurin’s name found near drugs helped convict him at trial.

Virginia Court of Appeals reverses a felony drug conviction where drugs and defendant’s documents were found together, but the defendant was absent

Deondra Jerrelle McLaurin got convicted at a Virginia bench trial., where police testimony established that a search warrant of a home found both illegal drug contraband, and also numerous documents in McLaurin’s name. Luckily, McLaurin was found nowhere near the home where the contraband was found, neither during the execution of the search warrant at McLaurin’s home, nor during the police interrogation of her. Moreover, he denied the home was his residence before turning to asserting his right to remain silent.

As a Fairfax criminal lawyer, I am disappointed that McLaurin — who prevailed in the Virginia Court of Appeals — got convicted in the first place where documents were found but no McLaren was in sight, in a non-jury trial before a trial judge whom I suppose the defense assumed it had a better acquittal shot with than with a jury, unless the defense had instead opted for a jury trial to avoid a jury sentencing proceeding  in the even of a conviction. Fortunately, the McLaurin appellate decision helps provide Virginia trial judges a roadmap of examples that do not meet the quantum of evidence needed to establish proof beyond a reasonable doubt of illegal drug possession, including addressing the relevance of nearby documents with the defendant’s name.

Why did McLaurin get convicted not only of Xanax possession, but also of possession with intent to distribute marijuana?

McLaurin’s pot conviction with found documents was not only for possession, but for possession with intent to distribute, where the police found heat sealed bags of marijuana totaling 14 ounces and packaging allegedly consistent with drug distribution. The Virginia Department of Forensic Science is not always determining the net weight of seized drugs and marijuana, which failure can play to the advantage about circumstances where that can contribute to reasonable doubt about whether such possession was simple possession versus with intent to distribute, which involves higher sentencing exposure than possession.

Let us say, for instance, that the heat-sealed packaging found with the documents weighed as much as four ounces, then leaving ten ounces of marijuana. An ounce is 28.35 grams, making ten ounces 285.3 grams. A heavy consumer, let us say using 6 grams daily for smoking, vaporizing, and converting to butter for cooking and baking, will use 283.5 grams in 47 days, which is then consistent with personal use. This having been a bench trial, the defense could have been better able to present inconsistent theories of defense along the lines of that the criminal defendant did not possess marijuana, but if he did, the quantity was not enough to prove beyond a reasonable doubt that it was for anything but personal use. However, absent evidence at trial of a typical practice by McLaurin of consuming that much marijuana in a day (which along with the discovered documents could have helped convict him of marijuana possession anyway), his prospects were dim that any marijuana conviction would have been for anything other than possession with intent to distribute.

What do we learn from the McLaurin case?

Fairfax criminal lawyer Jonathan L. Katz has successfully defended hundreds of people charged with drug and marijuana offenses. If arrested for an alleged Virginia felony, misdemeanor or Drug offense, consult timely with a qualified lawyer. Jon Katz will be delighted to meet with in person at no charge for an initial consultation about your court-pending case, at 703-383-1100.